Top 10 Best Throne of Eldraine Cards for Magic: The Gathering Limited and Standard

Magic: The Gathering has a new expansion. This time around, fans of the card game are delving into the new Throne of Eldraine set.

This expansion features a series of powerful cards. Rather you are a limited player or a standard player, this expansion has something for everyone.

Check out which ten cards are dominating the limited and standard metas down below.

Best Throne of Eldraine Cards for Magic: The Gathering Limited

When it comes to Limited play, the key is to utilize every part of your card pool. Luckily, the Throne of Eldraine expansion has produced a number of powerful cards that you can take advantage of during your play. Check out some of the best cards for limited play down below.

This is a 4/4 card that you are going to want to have in your hand. Balanced, this card can make plays defensively or offensively. Though, Fierce Witchstalker is perhaps best used as a midrange card.

When it comes to blue limited cards, it’s hard to beat the Queen of Ice. Rather you are using the adventure or creature edition of the card, the Queen of Ice will make your foes tap their own creatures.

Consequently, it’s never a bad idea to dish out this deadly matriarch.

This card has a weakness, but can still be utilized to great effect. Sure, the Order of Midnight cannot block. That being said, this card’s low cost, Gravedigger ability and raw power makes it a must for any limited player.

This card can also be chained together with itself if you place a copy of the card within your deck. However you decide to utilize this powerful, low-cost warrior, you are sure to get a great proverbial bang for your buck.

The Clackbridge Troll is a powerful card. That being said, its greatest strength is perhaps its cost. As you can play this card as early as your fourth turn, you can quickly overwhelm your opponent by utilizing this monstrous creature.

The Clackbridge Troll can dish out a devastating eight damage to your opponent, sure. However, the card can also allow you to heal yourself and draw a card.

Whatever happens, this card will certainly prove to be a useful part of your deck.

This card is somewhat situational. There are a lot of humans in this new expansion, making it tough to benefit from Grumgully’s special at times. That being said, this card can have a devastating impact when in the right hands.

The important thing to remember is that you are going to have to structure your deck around this card so that you can take advantage of his special. If you can accomplish that, then you can lay waste to your enemies in a spectacular fashion with Grumgully.

Best Throne of Eldraine Cards for Magic: The Gathering Standard

Standard play is full of opportunity. With seemingly limitless possibilities for how you can build your deck, the meta for standard play is constantly evolving. That being said, there are five cards that are proving to be really strong in the meta right now. Check them out below.

As a legendary artifact, it’s quite costly to cast this card. That being said, it is certainly worth it.

You are really going to want this card if you are playing a Golgari deck with Rotting Regisaur and Cauldron of Eternity. That being said, any player can benefit from this card by tapping it for a quick boost in health and green mana.

The real advantage of Lucky Clover occurs when you stack its effect by using duplicates. At any rate, pair this card up with the likes of Order of Midnight or Bonecrusher Giant and you are sure to cause some damage.

Of course, players are still learning how to best utilize the new adventure cards. Consequently, it may take some time for Lucky Clover to fully settle in the current meta.

You will have to largely build your deck around this card if you plan to fully utilize it. That being said, Happily Ever After can make a big difference in play.

Consider utilizing a control deck oriented around Niv-Mizzet Reborn if you really want to see this card shine.

The real advantage of Hushbringer is its ability to strongly counter decks that rely too heavily on ETB triggers. To use this card effectively, you are going to want to place it in your sideboard rather than your main deck.

This one is ultimately rather situational, but rather effective if used against the right opponent.

This card can be a life-saver if you nab it early on. That being said, Once Upon a Time is almost always a great addition to your deck.

This card will allow you to fetch and reveal a card from the top of your deck, allowing you to better set up combinations early on. Better yet, the card can be cast for free if you have yet to cast a spell during the match. 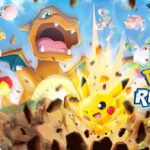 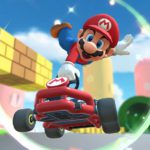