The free-to-play, mobile action RPG Tap Titans 2 has pulled in a huge fanbase that only grows with each passing day. Perhaps the most exciting feature of the game is the tournament aspect.

On every Wednesday and Sunday, Tap Titans 2 holds tournaments between players. The size and rewards for each tournament are based on the each competitors’ Max Potential Stage. If you want to up your game in these exciting brackets, then check out the information provided below. 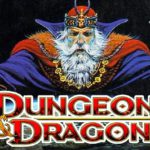 How to Solve the Psyncing in the Curtain Puzzle Room in AI: The Somnium Files