So you’ve bought Battle of Azeroth and you’re ready to play but now what? The game gives you a few breadcrumbs to start your amazing journey in Azeroth. First, via the airship tutorial that takes only a moment to finish and is skippable, which we will go into details below. Next, there are several things to do to get you on your way to 120 as soon as you’re let go and we will go over those as well.

The Tutorial – How to Skip the WoW Character Boost Tutorial

You shouldn’t skip it because it gives you a good rundown of the character, but if it’s a character class you know how to play then by all means skip away. The tutorial will have you use a specific number of skills a specific number of times and then immediately take you to the Battle of Azeroth fight.

You can skip all of this by hearthing. Your hearthstone is in your inventory. Once you heart out, the mission fails and you can go about your WoW journey. If they ever patch that out in the future, try queuing for a dungeon.

You can also just follow along the directions. It can be time consuming if skills have a long cooldown. Once the quest is finished, the bird at the top of the airship will return you back. Do note though that while this bird may work right now to let you skip the tutorial, it might not always. Hearthing or queuing for a dungeon seem to be the way to go.

There is no longer a profession boost as of 8.0.1 for higher level characters (above level 60). There is now no reason to level to 60 before doing your boost.

After you’re out of the tutorial, initial scenario and in your home city you’re going to want to open your inventory and use the bag given to you. That contains some supplies, extra gear and 500 gold. If you’re established on the server, now is the time to go ahead and send any bags, gold, guild invites, etc. over.

Then you’re going to want to set your specialization absolutely first and get your action bars taken care of. The game will have automatically placed some skills on your bar, but as we all know that’s probably not going to work out long term.

After you have that done, visit the transmogrifier. The gear you have isn’t going to last very long but it doesn’t hurt to start working on how you want your character to look before you level.

Leveling to 120 Quickly on a Boosted Character

After you’ve got the tutorial out of the way and after you got your gear sorted out, it’s time to level quickly. There are a few main methods to the madness of leveling from 110 to 120 and it depends on what you want to do. There is:

You can level to 120 via just doing back to back dungeon runs. The efficency wears off around 115, but until then you’re pretty good to go to get some quick levels via the dungeons. 110 to 111 should take like a single dungeon run pretty much.

You can just level in the battlegrounds. It’s not the fastest, but it’s the most fun. If your intentions is to do pure PvP at 120, this isn’t a bad idea. You’ll get lots of Marks of Honor. You can supplement PvP via dungeon runs.

Simply heading to Kul’Tiras or Zandalar will begin your PvE journey. It’s the fastest way to level in my experience, but can be boring, which is why…

There are addons that walk you through the PvE as fast as possible. Look into Azeroth Auto Pilot as an example. It gives you the optimal quest order from start to finish. A great guided experience that’s super easy to follow. It talks to NPCs for you, skips cutscenes and makes it as “brainless” as possible. If you haven’t done the story before, though, it takes the magic out of the journey.

That’s our tips for boosting to 110. Hope this helps you out in the wild world of Azeroth. 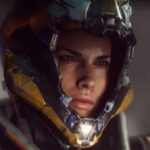 Why Did Anthem Flop? 5 Reasons Anthem Failed at Launch 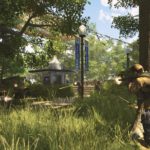