Why Did Anthem Flop? 5 Reasons Anthem Failed at Launch

Here are five reasons people are not happy with BioWare's latest title.
April 8, 2019

BioWare’s latest game has, well, not quite met fan expectations. The hard-hitting soundbites “failure” and “BioWare’s funeral” have even begun making their ways around the internet since the game’s release. Simply put, the game which currently holds a score of 58 on Metacritic, is seemingly sinking down into the murky waters of video game infamy.

BioWare, of course, is a talented team filled with some of the video game industry’s most inspiring minds. After all, this is the team that developed the highly acclaimed Dragon Age and Mass Effect series. Consequently, Anthem has left many players scratching their heads. Many players have been left asking what went wrong with the company’s latest title. Well, here are five reasons Anthem failed to meet many players’ expectations.

Reason #1: Bugs…Lots and Lots of Bugs

Anthem has been inundated with unfortunate bugs for some time now. During the beta testing, players voiced game breaking glitches that hindered their chances to delve into the title. After , things did not immediately get better.

After launch, as reported by windowscentral.com, some players began reporting that their consoles were being bricked by the game. The system-level bug reportedly caused many players to be unable to turn their consoles off. Other times, the game would suddenly shut off players’ consoles. This issue was predominantly associated with PlayStation 4 consoles.

Players on Xbox One began reporting a different bug altogether. After suspending the game, some Xbox One players were unable to return to the title. This glitch cost many players seemingly large amounts of progress.

Across all platforms, players have reported issues with their games crashing after entering the forge within Anthem. These are just a handful of the more devastating bugs and glitches that have reportedly plagued the title.

Reason #2: People Are Not Happy with Anthem’s Post-Launch Support

As Anthem launched with a series of game breaking bugs, much of the early post-launch support for Anthem was simply attempting to fix the title’s technical issues. EA has since offered a detailed report on what players can expect in the coming months concerning the title. However, many fans have been left underwhelmed by the minor additions to the title post-launch.

Reason #3: This was no Dragon Age Sequel

BioWare earned a massive chunk of its fan base with the release of the Mass Effect and Dragon Age series. Consequently, the studio faced the incredibly difficult task of meeting those series standards when they decided to release a new intellectual product.

Anthem was forced to meet those high standards that BioWare fans have come to expect from the creatively talented development team. That being said, many fans have been voicing disappointment with the new title. Critics have not been kind to the game either.

Reason #4: The Critics Were Not Impressed

Anthem currently wields an unenthusiastic 58 on Metacritic. Popular gaming site IGN ruled the title a 6.5/10. Meanwhile, fellow gaming news source GameSpot gave the game a slightly lower score of 6/10. Overall, Anthem has not been quite accepted with open arms by the world’s professional video game critics.

Reason #5: Mass Effect Andromeda Didn’t Do It Any Favors

With just a 71 Metacritic score and middling sales, Mass Effect Andromeda slowly slumped away into the ether of mediocrity. Along with it, the hype behind BioWare as a development team slowly followed behind.

The release of Anthem has only pushed BioWare farther in that direction, seemingly warding longtime BioWare fans from excitement for the team’s upcoming projects. Still, BioWare is filled with some of the most talented developers within the industry. They may surprise us yet. 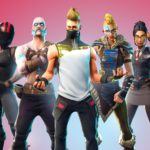