Professional gamer Panser has come forward with a statement.
June 3, 2019

Warsaw, Poland’s PlayWay has been developing video games for several years now. That being said, the company is now facing startling accusations from professional gamer and internet personality Panser.

PlayWay is best known for publishing simulator games such as the highly popular House Flipper and Cooking Simulator titles. The company has been involved in the publication of dozens of games, having covered titles for PC, consoles and the mobile market over the years. Based in Warsaw, Poland, PlayWay focuses much of its efforts on supporting Polish video game developers.

Like many other video game companies, PlayWay offers an email list to keep their audience up to date on their latest products and company decisions. That being said, the company has now allegedly sent an obscene photo to their email list. Now one of the email recipients has come forward with a statement.

Panser, a professional gamer and streamer, is best known for her Trade Chat YouTube channel. Taking to Twitter, Panser has now come forward to claim that she has received multiple emails of a sexually graphic nature from PlayWay.

Panser has claimed that she has made multiple attempts to contact PlayWay so that they can remove her from their email list. However, the professional gamer has been receiving more emails all the same.

Going into detail about one of the images sent to her through the email, Panser revealed that she believes what PlayWay is doing is “insane.”

“Today’s email features a woman nude, legs spread, slumped back on a chair, dead, covered in blood splatter. She’s still being actively penetrated by what appears to be a steam-powered f**k machine. They also have a ‘avast’ watermark signature in their emails, so there’s that.”

“There are gorey, sexual images in the emails. It’s harassment to send me X rated, violent images after being told IN WRITING to stop. It’s bad enough you are developing what appear to be R*PE games, but to repeatedly send this stuff to those who don’t want it is insane. Stop.”

Panser then revealed that she has no way to unsubscribe from the email list. Furthermore, the professional gamer claims that she is being emailed by the company over several different email addresses.

“This specific email was sent by [email protected] But I have gotten emails from SEVEN other addresses at PlayWay. There is no unsubscribe button on any of them. I’ve responded and asked to be removed, and was replied to ENSURING I was. I am still very much on your list.”

The email being referenced above features an image of a deceased woman, nude and covered in blood. The woman can be seen being penetrated by a machine within the image. The image is too graphic to be presented within this article, but was posted by Panser to her Twitter account. Her account can be found here. The image is a screenshot from the upcoming erotic, eldritch game Lust from Beyond. Lust from Beyond is being developed by Movie Games Lunarium and published by Movie Games S.A. and PlayWay S.A. It does not yet have a release date, but features intensely graphic and sexual imagery on its official Steam page.

PlayWay has since provided a response to the recent accusation. Taking to Twitter, the company offered the following statement.

“We’re sorry, but we’re not releasing any x-rated nor any r*pe related titles (why would we?), so we are not sure what games do you have in mind. Neverthless, if you tried contacting Matt before, let us know, if not, please email him at [email protected].com, he’ll help you out.”

Panser was quick to fire back with a response of her own.

“Also, it is outrageous that you don’t even know what games are being promoted in your marketing emails. I’ve gotten EIGHT separate emails from you about this game.”

“We are sorry for this and we’re going to make sure it will be taken care of. We’re also going to check why this image was sent uncensored, it definitely should not happen. Please contact Matt – he will take care of your matter personally tomorrow morning CET.”

“I thought you didn’t develop r*pe games though? I mean, why would you?”

“I’m high key pissed that they just denied creating any x-rated games when they sent me an image of a dead woman getting f**ked by a machine TODAY. You can literally see her labia. Appalling on all fronts.” 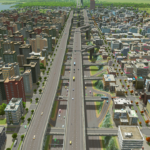 How to Manage Your Traffic in Cities: Skylines