I will be 100% transparent. I don’t even remember the last Call of Duty game I have purchased. I used to be a loyal fan, building up anticipation for the new release every November, but at some point, I couldn’t justify buying it anymore. Each game seemed to be worse and worse than the previous, and I vowed that I wouldn’t buy another unless it was worth it. Now I played alongside some friends because when someone needs a partner to take on zombies, you aren’t going to say no.

I feel like the franchise became about pumping out games and setting money records with every release instead of making quality ones. I honestly have no idea how they made four Black Ops games. I never got the same feeling I had gotten when playing any of the Modern Warfares or World at War. The newer releases didn’t do it for me. A movie is a different story though.

All that’s really known so far about this movie is that it shoots in 2019 and the director will be Stefano Sollima, who directed Sicario 2: Soldado. That movie is on my watch list, but I know the film was well received, and the first film was fantastic. Although video game movies generally do pretty poorly, I think that film is an excellent avenue for the Call of Duty franchise to venture to. The campaign stories have always been theatrical, and the story-telling keeps you on your toes. I was so attached to the characters while playing through the Modern Warfare campaigns and was emotionally affected when certain people would die or surprises came out of nowhere.

The thing about Call of Duty that would work well for film is that while it tries to be as realistic as possible, it’s ultimately about pulling off the impossible. Everything is on such a grand scale, and that is great for tv and film. Most of the recent war movies have been all about realism and showing what real war is like, and I think it would be refreshing to watch something that is over-the-top, action-packed drama since we have been missing out on that for a while. Big explosions, taking out choppers, killing people with throwing knives, tactical nukes; that’s what Call of Duty is all about. Put that into a movie and people will be eating it up.

I think an interesting concept would be to have some first-person shots in the film like games encorporate. It would be awesome to see certain things from first-person and would make the viewer seem like they themselves are the character at that moment in time. That is what makes first-person games so cool, is that we project ourselves and our own thoughts and feelings onto the character. We feel like it is us going through all of the drama and action, and if that could be pulled off in a war setting, how sick would that be?

A big name that I think the movie should consider is legendary composer Hans Zimmer. Zimmer is known for his work on Inception, Interstellar, Gladiator, and has even composed the soundtrack for Modern Warfare 2. Zimmer is a musical genius, and if Call of Duty could leverage their previous relationship with him, he could come up with something truly special.

Ultimately, there is so much that could come out of this movie. No one knows if it is set in the past in World War II, the present, or even the future. There are so many places the story can go, and if the franchise is successful in making a transition to the big screen, they may be able to make more movies in the future. 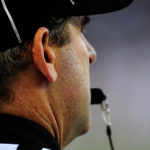 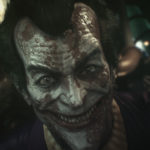