Darkest Dungeon, the turn-based dungeon crawler of 2016, is officially getting a sequel. Now Red Hook Studios, the development team responsible for the hit game, has come forward with a new trailer to officially announce the upcoming release.

The game was a great success. Having sold over 2 million copies, the highly popular dungeon crawler has since been nominated under a bevy of different categories. Video game news titan IGN would go on to offer the following statement in review of the game.

“Darkest Dungeon is a grim and merciless tactical strategy game whose great tension comes from its many layers of complexity, unpredictable randomization, and willingness to put our fragile characters in mortal danger if we dare to venture into its depths in search of treasure and glory.” IGN’s Dan Stapleton said. “Brilliant narration and stiff yet surprisingly expressive animation make it easy to be drawn into its vague but tantalizing world, though the end feels artificially out of reach.”

Darkest Dungeon features a band of adventurers. Having just inherited a massive mansion, the group of adventurers are then tasked with exploring the home’s massive dungeons below. The game received high praise for its intensity and artistic direction. The title was quickly followed with the downloadable content “The Crimson Court” for PlayStation 4. The DLC was released back in 2017.

Just last year, the development team released the DLC “The Colour of Madness” for various platforms. However, it would now appear that fans of the title now have something new to look forward to.

Taking to YouTube, Red Hook Studios has now published an official announcement trailer for Darkest Dungeon 2. Check it out below.

The trailer kicks off with none other than narrator Wayne June. The adventuring heroes can be seen at an entirely new location. As they begin approaching the precipice of a nearby mountaintop, June begins to hint that some of the original game’s most popular mechanics will be seeing a return in the next title.

When posting the official release video, Red Hook Studios offered the following statement within the YouTube description. “Yes – We’re working on a follow up to Darkest Dungeon!” The video game development team said.

While the first title was largely funded by the crowdfunding campaign service Kickstarter, it would appear that the second one is potentially being internally funded. However, an official statement on the matter has yet to be presented. The game also does not yet have an official release date or an official release window. 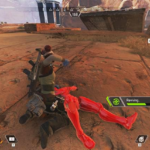