Data miners have ripped out Imperius’ (no one has has the plural figured out yet) voice lines and they’re awesome. You can listen to them over at the Heroes of the Storm Wiki, but they really shine. Heroes of the Storm is one of the few outlets we get to dive deeper into some of the character’s personal stories and with Imperius we get a lot.

His disdain for mortals and the Nephalem (Diablo III’s player character) is well observed. One thing that gets me is he says “Your kind are an abomination!” to Diablo II player character heroes (like Xul). This is interesting to me because we know that Diablo I’s player characters were basically villains in Diablo II (Blood Raven, The Summoner and Spoiler: Diablo). They weren’t assigned on any special quest or notable outside of the fact the three of them went and slayed Diablo.

In Diablo II, the player characters were actually sent on a mission by various organizations to discover what’s going on and to follow the cloaked wanderer (who you only meet briefly in Act III the first time you leave the city and then again at the end of Act IV when you fight Diablo). Not a lot is known about some characters, but Heroes expanded the lore of Cassia (she is the leader of the Amazons basically), Xul (who Diablo III notes he trained the Necromancer) and the Sorcerer which we know trained the Diablo III Wizard. The Diablo III player characters are different, they’re the Nephalem, powers awakened within them that should have been sealed and many of them were trained by the Diablo II cast (notably the Necromancer and Wizard).

So it’s interesting that he has such disdain for the Diablo II cast. Now, he could be speaking in regards to them being mortals which we know Imperius isn’t a huge fan of. Which is most likely as Auriel says: “I have always believed in the potential of mortals. You have proven me correct.” when she meets a Diablo II hero, so there likely isn’t any hidden meaning there.

I like his voice set, it’s fun and we haven’t had a super fun voice set in awhile. Whitemane was pretty okay but a lot of it short lines against the myriad WarCraft heroes.

Anyway Imperius is currently on the PTR if you want to listen to his smooth voice lines. He will be coming to Heroes of the Storm likely within the next month or so, although release date has yet to be confirmed. 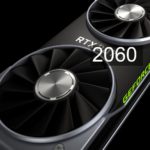