You can now pay a lot for what most pay very little for thanks to Razer’s latest product: the Raptor. This thing is packed with features that you may have seen before, on most “gaming” monitors released. You get, as highlights:

So it’s going to be a good monitor, from all of the specs at least, there is no argument there. The question is, will it be a $700 good monitor when the average price for a 27″ 1440p 144hz monitor right now is about $400. $500 will get you into the curved premium Samsung range.

Which is fine, I mean, it works with clothes right. Designers will charge extra because they can. Luxury brands can go for the markup and with this monitor, if you want the “Razer” monitor with chroma then you’re going to be paying extra for. As much as $400 extra depending on your tolerance for Viotek, AOC or Acer branded monitors.

Influencers at CES seem to be impressed with the monitor so far. It has a neat tilt to access cables (although might not be good if the monitor is close to a wall) and generally looks rather cool. I think that the chroma on the base is distracting, but at the same time RGB is everywhere and some monitors even place it on the back to make the wall RGB.

Time will tell how well the Razer monitor will do. I almost feel like the price tag is so high so they can give deep discounts. 20% off brings it to $560 which is more acceptable and if they ever go super deep, 35% off is $455 which is a fair price. 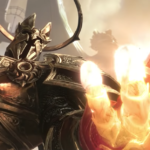 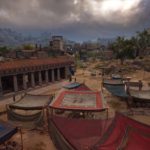