Assassin's Creed: Odyssey is so enjoyable just walking somewhere - why don't we embrace that more?
January 15, 2019

We get caught up playing games to finish them or achieve something or score some victory or some win. Some amount of points, some kind of achievements; these are things that we crave in order to drive us to play games but really, the journey to do these things are so important.

I’ve been playing Assassin’s Creed: Odyssey and I noticed something. Moving between objectives was far more fun than actually completing them. Seeing the world, listening to the sea, watching the ships move in the distance while mountains lumbered over the horizon; the views in the game are beyond gorgeous. The combat, while enthralling and the story, while good creates a world that really makes your time in it exciting and fun.

In games we often think about the goals, often listed directly on the screen and of little more. Games like Shadow of the Colossus really brought the point forward, where in the game you spend more time on horseback looking for the monsters than you do in combat with them. Fumito Ueda, the developer of Shadow of the Colossus, actually created The Last Guardian around the principle that players felt more connected to the horse than any other character in the game.

It shows that the journey really matters and it’s constantly being robbed from us in games. You have World of Warcraft, which now basically has leveling content as a way for the “poor” to obtain max level in the game. MMOs used to be about the grind to max level, more so than “what to do at max level.” Like Guild Wars 2, which basically gives you the option to ignore PvE in exchange to play max level max geared characters. Star Wars: The Old Republic removed most of the leveling necessary in the game to replace it with modular story expansions.

I get the lack of time to play games for many. I get it. I downloaded a mobile phone MMO which basically did everything: skills, pvp, questing, leveling, etc. automatically without much input other than clicking upgrade and approving credit card spends for premium currency, which you could use to get boots that instantly teleports you to objectives.

Games should be art, they should be passion and the entire time spent playing it should have value. There should never be an emotion to rush – the leveling, the actual playing should be as fun as what awaits at the end of the game. The stories you can tell and experiences you have while playing should be what you take away from the game.

Some of the currently most played games out there include Euro Truck Simulator – a game in which there is no true objective. The majority of the game is peaceful driving with random stops to start a new interesting journey.

There is value in investing in the experience and while the market is flooded with indie games and AAA developers cur corners, we will continue to stare at older games with fond memories and forget the newer “more optimized” games as the substance decreases in order to try and sway a myriad of emotions achieve those glorious loot box purchases: see Mass Effect Andromeda. 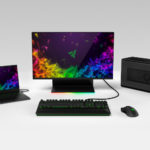 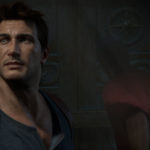