Nintendo and their consoles have seen a rollercoaster of success over the years, but they are very pleased in recent times, throwing their plumber’s cap in the air at the surging success of their Switch console. They have seemed to have found a happy medium where they can sell a console with the popularity of the Wii, but with the focus being on traditional first-party games, in the spirit of the Wii U.

As reported and translated by Nintendo Everything, there are no plans for a price cut or successor to the Nintendo Switch, as stated by Nintendo president Shuntaro Furukawa through The Sankei News. Furukawa references the Switch’s great sales numbers and their lofty target of selling 20 million units this fiscal year. In short, they have no plans on stopping the Switch train anytime soon.

But if there is potentially a new Switch version on the horizon, that train wouldn’t need to stop, rather it would just change tracks.

While nothing has been confirmed thus far, there has been speculation that we may see an announcement as early as this year’s E3 expo in June. This is largely due to past precedent set by previous Nintendo handhelds — going through their handheld chronology, the original Nintendo DS was released in the year 2004, while its upgraded model, the DS Lite, followed in 2006, two years later. The 3DS saw an upgrade even sooner than that. The Switch released in 2017, and 2019 is here.

So there is reason to not immediately resign to lack of official word, but also to not buy into dismissive official word. In a 2017 interview with Wired, Nintendo of America president Reggie Fils-Aime has stated:

3DS has a long life in front of it. We’ve already announced games that will be launching in the first couple quarters of this year. There are a number of big games coming. And in our view, the Nintendo 3DS and the Nintendo Switch are going to live side-by-side. They’re going to coexist just fine.

This has been true, to a degree: the 3DS has seen continued support with new software in the midst of the Switch’s success. However, focus has clearly shifted over to the Switch. That is to be expected for a new console, of course, but take into account: the mainline Pokemon series is coming to the Switch later this year, with no report so far of a 3DS counterpart. Given Pokemon is arguably Nintendo’s flagship handheld series and that the Switch itself is a hybrid handheld-home console, handheld lines are clearly being blurred more than Mr. Fils-Aime may have suggested back in 2017. Until it’s announced otherwise, if you want to play mainline Pokemon, you’re going to need a home console, an unprecedented truth.

Nobody outside of Nintendo’s halls knows if they’re gearing up for a new Switch model, or even what updated features it may have. There is reasonable possibility that it may happen soon, though, something prospective Switch owners may want to consider before taking the plunge on Nintendo’s latest console. 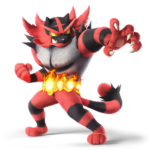 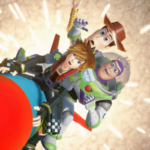