The Nintendo Switch is a smashing success. With millions of consoles having sold worldwide, Nintendo has put a truly historical gaming machine on the market. That being said, it would appear that the company is far from done iterating on the console.

The Nintendo Switch went on sale back in March 2017. A hybrid console, the Switch is uniquely designed to be played from the couch as well as on the go. Just as with the Wii and WiiU, the Switch has been experiencing incredible hardware sales.

As of the end of 2018, over an estimated 32 million consoles have been sold worldwide. As well as the console is selling, Nintendo is potentially now looking to buff things up even further.

As reported by Japanese news outlet Nikkei, a smaller version of the Switch is potentially being targeted for a 2019 release at a lower price point. The console will reportedly have less features than the original Switch, though details concerning the cut features have yet to be revealed.

Speaking to Games Industry, Analyst Michael Pachter has gone on to support the rumor by predicting that Nintendo will release a completely portable Switch at a price point of $199 in 2019. Pachter’s full statement may be viewed down below.

“Nintendo will launch a fully handheld version of the Switch at $199. I expect the device to have the same screen, but with Joy Cons built into the body and no docking station. Since it can’t “switch” from handheld to console, it’s hard to guess what they will call it, but let’s assume Game Boy (kidding).”

Nintendo recently lowered their Switch sales projections for the year from 20 million to 17 million. The sudden decrease in projected sales may have lead to the rumored Nintendo Switch. As reported by The Gaming Injunction, the rumored new Switch may feature a 1080p display. The console may also increase the ram total to 8GB, while storage space may increase to 128 GB.

However, Nintendo has yet to officially announce the Nintendo Switch Mini. As of now, the mini is simply a rumor. Ars Technica recently reached out to Nintendo about the matter, having been greeted with an incredibly brief statement from the multi-billion dollar company.

“We have nothing to announce on this topic.” Nintendo stated. The company’s lack of denial concerning the rumor has, of course, only fostered the hope that the mini is in the works. That being said, Nintendo appears to be doing just fine without a mini.

An estimated 163 million software sales have been made as of the end of 2018. Consequently, the Nintendo Switch is already raking in some serious business. The sale of a new mini console, however, may just be what Nintendo needs to strive that much farther ahead of the pack. 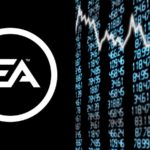 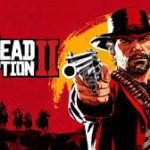