Pokemon is a series that is loyal to its traditions, perhaps like no other — if you get a mainline Pokemon game, you know exactly what you’re getting. In a world where a franchise might take a sudden, confusing shift into a direction that you don’t gel with, staying true to the formula can be seen as trustworthy and a good thing. On the opposite end, it’s also possible for a franchise to play it too safe and things could start to get stale. While Pokemon is definitely still enjoyable, it’s a peculiar series of games in that it’s kept up with the times in some ways, but in others is very archaic and has hardly progressed.

I get it: why mess with the formula of one of your biggest cash cows? But in 2019, much of its features feel like anachronisms from the past and are outdated. In some ways, they can be charming, such as the retro Pokemon sounds that have hardly changed since its 8-bit days on the Game Boy. Other areas could use a shock to the system. With the mainline series headed to the Switch and to home consoles for the first time, now’s a better time than ever for the series to swing for the fences.

We could go into all sorts of features that we want to be added to Pokemon, but there’s what you want, and then there’s realistic expectations. Many fans have clamored for an official Pokemon MMO over the years — that would be amazing, but at this point, that should be seen as more of a pipe dream. The closest we’ll ever get to that is most likely Pokemon GO.

However, one instance in which the Pokemon: Let’s Go! games were on the right track was the addition of cooperative play in a Pokemon game. Sure, it was nearly as barebones as the co-op added in Sonic the Hedgehog 2 where player two (which, by law, was always the younger sibling) was mercilessly dragged around as Tails just trying to keep up with player one as Sonic. However, I see no reason that the main Pokemon series can’t take a cue from Let’s Go! and feature co-op while expanding on it: have both players explore the overworld together, catch Pokemon together, and fight their way to the Elite Four together; it would be pretty great. If they made it online co-op, it would be even better. The Pokemon games are great adventures and would be even better ones if shared with a friend.

The Clothes Make the ‘Mon

One thing that I’ve always found a bit of dissonance within the Pokemon series is the personal disassociation you feel with your Pokemon. Sure, you spend upwards of forty hours raising them and fighting alongside them in battle, and that can build a certain attachment to them, but would you say that a true bond is made or that they develop their own personalities, exactly? The series has made efforts to expand on this by implementing digital pet-influenced mini-games, but there still feels like there should be a bit more. Something that could enhance this facet of the game is fashion — or, in different terms, character customization for your Pokemon. Equippable, cosmetic items such as sunglasses reminiscent of the Squirtle Squad from the anime, or perhaps a top hat, or a red bow. Whether these items influence combat through stat-modification is irrelevant: what matters is that they give each Pokemon its own distinct personality. The recent Let’s Go! games have wisely incorporated this idea and let you accessorize your Pikachu or Eevee; this is a great start and hopefully the idea is expanded upon from here out.

Oh, and let’s also keep up the good work with the growing number of fashion accessories for the player character as well — we’re this close to getting a wearable Team Rocket outfit, I can feel it. We’re just a Slowpoke tail’s length away.

Catching Pokemon and filling out your Pokedex may be seen as the main quest, but outside of exploring the world, you spend most of your time playing Pokemon by engaging in battles, be it with wild Pokemon, trainers, or other players. The battling is at the heart of Pokemon, and it’s also, arguably, now the most outdated aspect of the game. While still enjoyable, the turn-based combat system has changed very little since its inception in 1997 — it’s experienced a vertical growth of adding on top of its established system, but not expanding into many experimental areas, those that it has have been quite tame. My proposal is to completely abandon the current turn-based battle mechanics for a more action RPG-oriented system. Rather than having each Pokemon take turns to engage in combat, a more fluid system can be created where the Pokemon move around the arena in real-time. The player still wouldn’t control the Pokemon directly — as much as I want change, that would be heresy — rather, you, as the trainer, would input commands from the sideline, much like it’s seen on the show. Though a departure from series conventions, this is not an unreasonably radical suggestion, as this combat system has been seen and used effectively in a game like Xenoblade Chronicles and incorporated into other pre-existing IPs, such as the Final Fantasy franchise. The current combat system, while still enjoyable for its strategy elements, is antiquated, and I feel that it could make the action-RPG transition while retaining its layers of complexity, making for a more fun, frenetic experience.

Ultimately, the development team behind the mainline Pokemon games, GameFreak, are not the ones behind the recent Let’s Go! games, so who knows how much GameFreak’s new entry on the Switch will be influenced by them. And while I expect this upcoming game to bring the series to newer heights than ever, an open mind should be kept as to how to keep the series fresh and as phenomenal as it was from the beginning.

Also, as an important aside, perhaps the most needed change of all: make Pikachu fat again. 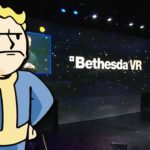 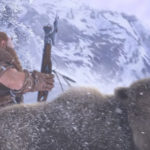