NPCs were announced to be returning to Fallout 76 in an epic trailer for the upcoming updates released at E3. This update is to bring life to what was a lifeless world, what was to force players to interact with each other backfired and now NPCs are coming back to the world. Will that save Fallout 76 though? To answer that question, I argue we need to look at what Fallout 76 really is and what it’d need to do to be fun again.

One of the weird things about Fallout 76 is that it’s pretty much Guild Wars 2 without a lot of the cool stuff about Guild Wars 2 and the PvP zone was in the PvE zone. No one makes that connection easily of course, but instead of an Everquest or World of Warcraft with a persistent world, Fallout 76 has a world instance that you join into. It’s not as limited as Monster Hunter World where someone is likely hosting the server but far more akin to Guild Wars 2 which has multiple channels it filters players into.

It’s just not easy to flip into other “channels” or “servers” so that connection isn’t made easily. Additionally, world events spawn just like Guild Wars 2 and one time quests are also a thing. Castle sieges are over the workshops. With that though, you need A LOT of content to make it work. Without the ever persistent world, you don’t have the critical mass of players in areas to make the world feel “lived in” and with world events being the main source of advancement they become repetitive quickly.

Which is why Guild Wars 2 has them nearly sitting on top of each other, where no matter really where you’re at the map, something is happening and it all plays into each other. Fail to defend a village and you’ll need to do quests to start a resistance and retake it. This makes it really fun and engaging to sit around objectives and kill NPCs or collect water or whatever the task is.

In Fallout 76 no matter what you do, nothing matters. Nothing at all. It’s not like you’re saving anyone. Some robot is going to make some snark no matter if you succeed or fail. So why bother. The actual events are spaced far apart, localized around cities mostly with the same few events repeating over and over in steady loops.

So to summarize – both games have similar gameplay, but Fallout 76 had none of the super cool stuff that Guild Wars 2 had that really drove the passion in the community to keep with the game.

What Will Fix It?

Becoming less like a bad Guild Wars 2 and more like a Fallout game will probably appease a lot of folks. I really liked Fallout 76, but it couldn’t hold my attention for long and a lot of that is that I do love the open world quests and non-traditional multiplayer, but at the same time the world just felt kind of boring and the most fun I had was in the mansion uncovering the story and hanging out with the robots.

Of course, they could also embrace what Star Wars The Old Republic did and just revamp the single player storyline. Now that NPCs are coming back, just install a new story in the game. It’s not that hard to pull off and lots of games have redone their opening stories to great success. Lore wise, you could even have an entire second section of Vault 76 that opens later, to the changed world and that would describe the entire new opening sequence and dealing with the NPCs and whatnot. 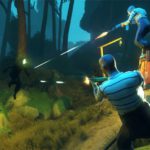 How to Get Weapons in Pandemic Express – Zombie Escape 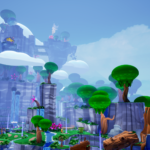