There are two things I love in life that when mixed are the perfect combination, and that is Mario and America’s greatest pastime. Sure, realistic games like MLB The Show are fun, but it’s way more entertaining to play against friends with a roster filled with Mario and his pals and enemies. I’m sorry, it just is.

Mario Superstar Baseball is a game that I am always down to play. I still have my Gamecube (the Gamecube Mario ball is better than the Wii’s) and will take on anyone who is foolish enough to challenge me to a game of five innings. We’re turning off power-ups though; power-ups are a total scrub move. What makes the game so fun is the fact that you can pick a new team every time, and each player is unique and skilled in their particular area. You could go for a team filled with power hitters, a speedster team, or go for a balanced approach. There are so many playstyles this game accommodates.

Another great thing was the challenge mode. You got to roam around a map and compete in challenges and against other teams to gain players so you could defeat Bowser. Something that’s really cool too is the process of starring out the players by achieving certain accomplishments with each player in-game. Once they are starred out, they play even better in exhibition games.

I am proud to say that I have every player starred out except for Dixie Kong, but she’s useless to me anyways and I never use her so I’m fine with that. Starring out players is a challenge and takes forever, but it makes it rewarding. It took me so many restarts to throw a perfect game with Mario on the highest difficulty. But when I finally did, I was on cloud nine.

The Nintendo Switch is a solid console, and I think a new Mario Baseball game would be top-rated. It is a game that even your average baseball fan could pick up and enjoy. Being able to play on the tv screen and then take Mario ball on the road would be awesome. Seeing all of the characters’ bats and the way they play is terrific. I love how Donkey Kong hits with a boxing glove instead of a bat, and how Boomerang Bro hits with a boomerang and Hammer Bro hits with his hammer. It’s so different and refreshing from all of the realism that we see in so many sports video games today.

I still play Mario Baseball to this day. In fact, I played it yesterday. and my brothers take on each other all the time in of three series, winner stays and takes on the other. There is so much room for sick, diving plays or robbing in wicked fashion. It can get extremely competitive with lots of chatter going down between pitches, but that’s what makes it fun. The games only take about 15 minutes, but you are invested the whole time. I would love to get a new Mario Baseball game for the Nintendo Switch. How about you? 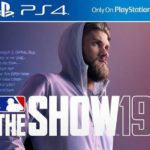 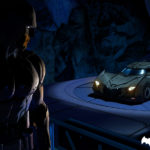