Back in the day, there used to be two baseball games that would compete with each other; Sony’s MLB The Show and MLB 2K. Following the release of MLB 2K13, 2K Sports dropped the franchise, leaving PlayStation exclusive The Show to dominate the virtual baseball market. In 2014, RBI Baseball brought back their franchise, aiming to create a more arcade-based style instead of the realistic simulation that The Show offers. I think that is an unwise decision and that the RBI Baseball franchise won’t exist much longer in the future.

The thing about baseball video games is that no one buys them except for hardcore baseball fans. Except for Mario Baseball or epic arcade-style games like The Bigs or Slugfest, baseball fans want a realistic sim. The casual baseball fan isn’t going to buy a copy of RBI Baseball like a casual fan would buy Madden or NBA 2K. If you are buying a baseball video game, it is most likely because you either played the sport or have been a huge baseball fan your entire life. There is a specific market that The Show services perfectly. I know people who have bought PS4’s specifically for The Show, which shows how valuable that franchise is to Sony.

Even just watching the trailer for RBI Baseball (which is linked below) the game looks exceptionally spotty and not near as fluid as The Show. It seems like this game was made years ago, definitely not up to par by 2019 standards. It looks like there are lags when pitching and the defense and batted balls don’t appear to be realistic at all. For a professionally made trailer, I would expect it to be of the utmost quality to showcase the product. It flat out isn’t, and I would never buy the game after seeing the trailer unless the year was 2000. Seriously, check out the trailer at 24 seconds. The pitcher releases the ball and the batter hits it immediately after. It makes me feel uncomfortable.

RBI Baseball 19 even retails at $30 for a new copy instead of the standard $60. That’s definitely a sign that the franchise knows they have to compete on a level other than quality. I can’t remember the last time I paid that amount of money for a new console video game. Even the GameCube games back in the day went for 50 bucks. If they are selling new copies of the game for $30, I honestly have no idea how they can profit off of this franchise. The game sells across the Xbox, PS4, and Nintendo Switch, but I doubt they have many PS4 sales unless it’s to little kids who don’t know any better. I don’t know a single person who has bought any RBI Baseball game since the franchise was reinvigorated, and doubt that I ever will.

Now, I’m not entirely bashing on the game. I love cover athlete Alex Bregman and admire the idea of a more arcade-based baseball gameplay. Like I said earlier, I loved The Bigs and Slugfest, but those games were so far over the top and unrealistic which is what made them so much fun. RBI Baseball 19 looks like a dated baseball game with nothing special about it that stands out. If there were something fresh or unique about it, maybe it would be worth trying out. Ultimately, RBI Baseball looks stale and will forever be in MLB The Show’s shadow until the franchise either dies or does something to make it pop and give it an edge. RIP RBI Baseball. 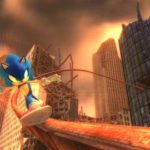 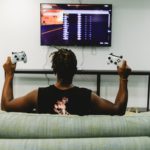