Obsidian Entertainment has done it again. The company recently announced The Outer Worlds and garnered a hardcore following for their isometric RPG Pillars of Eternity has made another stellar gaming experience. This time, however, the company has managed to make it even better after launch.

Pillars of Eternity II: Deadfire is an isometric RPG dungeon crawler that was released for PC just last year and later released on consoles. The game was funded within just one day following the announcement of a crowdfunding campaign on Fig. Perhaps needless to say, Obsidian Entertainment put the money to good use.

Pillars of Eternity II: Deadfire features a protagonist known as the “Watcher.” Gifted with supernatural powers, the watcher can read memories and see the souls of the dead among other abilities. After the awakening of a previously believed to be deceased god, the main character is contacted by another deity and tasked with bringing the god Eothas to justice.

The story that follows offers a bevy of fascinating side quests and an arsenal of interesting characters to join the player on their journey. Featuring world-class writing, the game has gone on to earn recognition at several award ceremonies. Within the 2018 Golden Joystick Awards, the title has since been nominated for “Best Storytelling” and “PC Game of the Year” among other nominations from various award ceremonies.

For all of its writing grandeur, there is one thing about Pillars of Eternity II: Deadfire that never grabbed me. The game features an engaging story and an incredible world filled with fascinating characters. However, something wasn’t quite right. Simply put, the combat bored me.

Like its Baldurs Gate spiritual predecessors, Pillars of Eternity II: Deadfire allows the player to manage a party of adventurers. Totaling five party members, the player has control over a small group of powerful individuals. However, through the real time strategy combat of the game, the real wonder of each of these characters is completely lost.

The game seemingly plays itself upon the start of combat. With the ability to preset an active AI for each of the player’s party members, the entire combat experience plays out like an intricate dance. Without pressing a button, all of your allies will sprint into the fray with talented aptitude.

Through it all, it’s difficult to truly enjoy the fighting. It can even be difficult to note one character from the other. The combat events quickly begin to blend together, making it hard to realize just how amazing the flintlock rifle wielding fighter on your team truly is. Or, it’s tough to see just how tough and brutal your full plate wearing barbarian actually is.

However, Obsidian Entertainment has realized the backlash and has decided to make a change. Following the recent 4.1 update to the game, the developers have introduced a turn-based combat mode for the game. Yet, there are some caveats.

The turn-based edition is technically only in beta, though it is completely playable after the patch is downloaded. Beyond that, you will have to start an entire new game in order to activate the mode. Once you have chosen turn-based or real time combat, the decision cannot be unmade. But, don’t worry. It’s worth it.

The turned-based combat completely spun the game around for me. Now in control of the warfare, the player is able to really dig in and do their part during the various forays. Beyond that, it is now so much easier to keep up with your party members and really revel in how cool Obsidian Entertainment has made each and every class.

Of course, there are downsides to turn-based combat. But, Obsidian Entertainment has avoided them expertly.

Turn-based combat has one particular disadvantage, in that the combat can rather quickly become tedious. Having to micromanage every action, what was once a fun and tactical game can quickly become monotonous and aggravating. Obsidian, however, has found a solution.

Thanks to the previously implemented fast forward option, combat will never feel slow again. Within Pillars of Eternity II: Deadfire, there is a small button within the user interface that allows players to speed up their characters’ movements and actions. Both in and out of combat, the game suddenly zips by at an incredible pace. 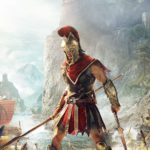 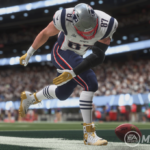