The Super Bowl is one of the most televised events in the world. This year, fans across the globe tuned in to see if the New England Patriots would continue their dynasty or if they would crumble at the hands of the Los Angeles Rams. I imagine that most fans were rooting for the Rams, since the Patriots have seen way too much success, but alas, it wasn’t meant to be. This year’s Madden Super Bowl simulation that predicted the Rams would top the Pats was wrong, just as I knew would be the case. In one of the most boring Super Bowl games I have ever witnessed, I couldn’t help but think – would a game of Madden be more entertaining than this?

This year’s Super Bowl was all about defense. The score going into halftime was 3-0 Patriots and ended up just 13-3. Props to those who took the under, you made a great choice. Spend your earnings wisely. Not having a dog in the fight (aside from my UGA Dawgs), I wanted to see a good game. For me, that means points – touchdowns. It is so much more enjoyable to watch solid offensive games. One team marches down the field and puts the ball in the end zone, just for the other to retaliate right back. It makes for a better story. This year’s game just didn’t do it for me, and I found myself watching the clock more than I usually do, wondering how soon this game would be over.

Playing good defense in Madden is tough, and let’s be honest, it feels way better to score a touchdown than to get a defensive stop on 3rd down, it just does. That’s what makes Madden fun, is that you can score points very quickly and rack up high-scoring games. It’s also interesting that when teams put up good offensive numbers in real life, the comparison is that it’s “like a video game” or they’re putting up “video game numbers.” High-scoring games are sexy and intense; it’s what the audience wants. It leaves the viewer on the edge of their seat, wondering what big play is going to happen next.

I honestly believe that I have watched more entertaining football games in Madden than this year’s Super Bowl. I really do, especially when watching friends go at it head-to-head, with intensity levels at an all-time high. That may tie back in to having a dog in the fight, but still, you know a good game when you see one, it becomes an instant classic. I live for the bigtime games and moments where you’ll remember exactly where you were in that point of time, and this game quite frankly is going to be very forgettable in the future.

With the Rams barely squeaking into the Super Bowl with questionable non-called pass interference, I am left wondering how might this game have played out if the New Orleans Saints made it to the Super Bowl instead. Drew Brees and the crew have been to the big stage before, and their experience may have helped them and led to a better on-the-field product.

The world will never know what could have happened. However, we could throw together a Super Bowl game between the Saints and Patriots on a Madden sim, which could give us some indication of how things could have been. But then again, these simulations can often be wrong, since life is full of craziness and you never know what’s going to happen. You have to wait and see for yourself. 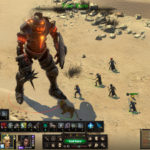 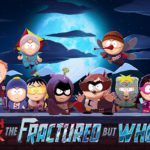