Nintendo fans are hyped and ready for Super Mario Maker 2. While the sequel to one of the gaming world’s greatest classics has yet to release, we are still learning more about Super Mario Maker 2 with each passing month. To that end, we have developed a quick rundown of everything we know about Nintendo’s next big title.

When Is It Coming Out?

Super Mario Maker 2 is set to release June 28, 2019. The side-scrolling classic will be released for the Nintendo Switch.

What Are the Pre-Order bonuses?

Currently there are no pre-order bonuses for Super Mario Maker 2. That being said, there are still quite a few pre-order packages to choose from.

The standard edition pre-order comes with the game and nothing else. It will set you back $60 and can be found here.

If you want to snag 12 months worth of Nintendo Online at a good deal, then you can purchase a Super Mario Maker 2 bundle for $70 here.

Super Mario Maker 2 offers a series of new features that fans are starting to get excited for. The game has expanded on the original title’s level-design tools, the available level templates and general game mechanics.

Perhaps the largest addition to the series is the inclusion of online multiplayer, which allows for players to enjoy fellow Nintendo fans’ crafted levels as well as a series of fascinating online modes. For instance, multiplayer versus will allow for players to compete against each other as they attempt to finish their level first.

Super Mario World 3D is another inclusion to the series, as players will be able to take advantage of certain assets from the franchise. One of the most exciting additions to the game, however, is story mode.

In story mode, Mario is tasked with rebuilding Princess Peach’s castle. To do so, Mario will have to complete a series of expertly designed levels for coins. The people over at Nintendo have developed over 100 levels for players to enjoy within story mode.

For more details on Super Mario Maker 2, check out the Nintendo Direct video provided above. 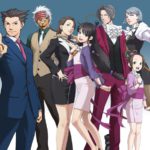 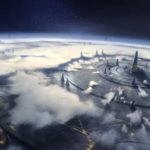