The Phoenix Wright: Ace Attorney series has garnered a cult following over these many years. With the trilogy having just released on consoles in North America last month, the series’ following is only growing more and more with each passing day. For those interested in earning each and every achievement this game has to offer, check out the information below.

If you want to earn all of the achievements this trilogy has to offer, then you are going to need to keep your eyes peeled. There are 30 achievements in total. But, 14 of the achievements are missable. Luckily, there are no achievements that will require you to replay the game. So, you can earn every achievement with a single completion of the trilogy. However, you will have to make the most out of every single chapter.

This one is easy. You only need to start playing the game.

Finish episode one of Ace Attorney.

3. Please Turn In Your Badge

“Answer ‘Mia Fey’ when asked who the defendant is.”

During the tutorial for Ace Attorney, you will be asked to name a defendant. Answer with “Mia Fey.”

“Get every ladder vs. step-ladder conversation in PW: AA Trilogy.”

There are five ladder arguments throughout the trilogy. You need to find them all.

The final ladder can be discovered during episode five of Trials and Tribulations from within the courtyard of the Hazakura Temple.

“Borrow all of Gumshoe’s secret weapons.”

To complete this achievement, you will have to wait until episode four of Ace Attorney. During the second day of investigations, Phoenix and Maya will investigate Gourdy. During this instance, make your way to the Criminal Affairs Department and speak with Gumshoe. Exhaust all of your conversation options with the individual. Then, speak with Gumshoe again. This time around, you can ask Gumshoe about his “secret weapons.” Take the K-9 dog, fishing pole and the metal detector.

9. Rise from the Ashes

“Check out every lunchbox Angel Starr has to offer.”

In order to complete this achievement, you will need to wait for episode five of Ace Attorney. Once you have made it to the right episode, you will have to track down 19 lunchbox specials. You can check out their locations within the graph provided below.

Complete episode one of Justice for All.

Complete episode two of Justice for All.

Complete episode three of Justice for All.

Complete episode four of Justice for All.

Complete episode one of Trials and Tribulations.

19. Bridge to the Turnabout

20. A Lawyer Only Cries Once It’s All Over

“Clear all of PW: AA Trilogy.”

“Press Gumshoe about ‘they were even talking about marriage.’“

During the trial in episode one of Justice for All, cross-examine Detective Gumshoe three times. Press Gumshoe when he references marriage.

“Reply with ‘Lotta Hair’ when talking to Lotta.”

This will occur during episode two of Justice for All.

This will occur during episode three of Justice for All.

“Press Oldbag’s claim that ‘it was the Nickel Samurai that I saw!’“

This will happen during episode four of Justice for All.

During episode four of Justice for All, a judge will ask you to present evidence. Do not present Shelly de Killer information or the video tape.

This will occur during episode one of Trials and Tribulations.

“Get a donut offered to Phoenix by Viola.”

During episode three of Trials and Tribulations, break four psyche-locks on Viola Cadaverini concerning her head bandage. During the first psyche-lock, do not present the repair bill.

“As Edgeworth, hear all of his and Larry’s childhood tales.”

During episode five of Trials and Tribulations, present the attorney badge to Larry. Then, examine the flags at Heavenly Hall while you are with Larry.

“Examine everything with even a whiff of Oldbag on it.”

During episode two of Trials and Tribulations, exam the fish tank at DeMasque’s Hideout, Oldbag’s seat in the KB security room and lastly the command list above Oldbag’s seat.

During episode three of Trials and Tribulations, present wrong evidence to Jean Armstrong during the “maggey’s motive” investigation. Then, meet Jean in the kitchen after visiting Blue Screens, Inc. Exhaust his dialogue options and then present all of your evidence and profiles to him. Lastly, press every statement Jean makes during all cross-examinations. 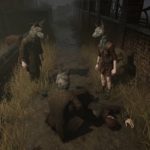 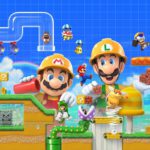