Take a moment out of your day to rewatch Pork and Beans. It’s such a good song to me because around 2009 / 2010 this was really rad and impressive. Today it’s sort of like, a time capsule of the era, where the Internet was still the wild west vs. what I feel is this dystopian future of toxicity across social media and memes popping up and dying within several claps of Pewdiepie’s hands.

Just, wow, you’ve got Chocolate Rain, the Star Wars kid, numa numa and so much more. It was like the first YouTube Rewind before YouTube Rewind was a thing. It’s also a reminder that memes don’t age well. We’re always in our modern lives in a constant state of boredom and what solves that boredom today probably won’t in the future.

Do you feel it has aged well? I feel both nostalgic because this was my childhood while at the same time like wow, that was entertaining? A guy singing, people throwing some mentos in a drink, some hands doing a song? That’s so pedestrian and… charming these days.

Back in the early to late 2000s, bandwidth restrictions (anything above 6mpbs was good Internet) made videos and content you watched more valuable because it took time to load. It wasn’t as snappy and instant as it was today, where you can move video to video seamlessly with gigabit Internet. So when you bothered to do anything online it had a lot of value in the wait and preparation.

There was also a lot of issues with recording things back then. Cellphones didn’t exist, so YouTubers had to have cameras that could record digital video and had to get it into a format that YouTube would accept, before the days of HD videos being common place. Producing video was hard. Very hard. Gameplay videos were the same way, Fraps was good at recording them but there was no streaming and you still had to edit them into something watchable.

It’s so wild that I forgot about this video, but watching it to write this article has my eyes a little bit teary at the memories. You’ve got Chocolate Rain, all your base, Star Wars kid, numa numa, leave Britany alone and so much more all packed into one 480p masterpiece. It exists both as a nostalgic work of art and a meme graveyard, for the memes of pre-2010.

The memes are pedestrian and innocent. A guy singing a song in a interesting way, mentos being dropped into soda, some hands doing a Daft Punk song and more were all born of an era when technology was advanced just enough for us to get an idea of what we could do with it but not far enough along for us to actually do it well.

Between bandwidth restrictions, in an age before 4G Internet and mobile phones in every pocket with 4K cameras and the lack of something to do online, these memes flourished in their simplicity and ability to easily share them. Short in length, easy on the bandwidth and created out of passion instead of a desire to monetize, they showcased the spirit of the time as everyone began exploring what this wild and wacky Internet could do.

In 2019, 10 years later, the video hasn’t aged well. As far as memes go, they’re nothing compared to the swirl of what is going on these days with short meme-lifecycles that spawn new memes based on previous memes and an army of Internet users all equipped with cameras, photo and video editing software built into both their PCs and phones and an entire planet of Humans collaborating on ideas generating them.

In 2005 if you were going to make a meme and do it on video, you have a limited amount of options ranging from expensive camcorders to trying to use old webcams that were on their best days needing lots of bright light to even make out what it’s trying to record. Gameplay videos likewise were hard to record, due to needing lots of hard drive space and a beefy computer to record them, along with the ability to edit them down small enough to share.

All Your Base was simply just an image and most of the memes showcased were short clips, likely around 10 seconds that got the joke across, like some kind of wild Tik Tok thing before Tik Tok was a thing really. Waiting 2 minutes to buffer the video before watching really also soaked in the value of your time and experience, unlike today where you can zoom through 100s of videos in a few minutes before settling in one you’re just okay with watching.

So all of these memes, born of that era, were entertaining because there wasn’t much else going on. In this modern era of everyone having cellphones, everyone having a camera on them at all times and photo manipulation being basically a middle school class, memes are different. They’re mostly flashes in the pan, waiting for the next meme to come along.

Monetization wasn’t a big deal back then. To reach the level where YouTube would pay you was nearly impossible and/or involved Maker or some other third-party to monetize your videos for you. These days it’s so much easier and in doing so, the intent of most videos is to “monetize.” Back then, things were made for fun and because you could.

In the same way that older video games don’t age well – the “difficulty” of older games can come from just technical issues with how they needed to design the game to make it work. The hardware wasn’t what it is today, so they had to use tricks left and right to make their ideas come to life and that introduced some of the difficulty and a lot of what we now would consider poor game decisions.

It’s just interesting to me and I thought I’d share today an old throwback and give this warning: what you find funny today is going to be either cringe or nostalgic in the future, but will likely not age well. Throw your favorite pre-2010 meme down in the comments section and let’s all have a nostalgic moment. 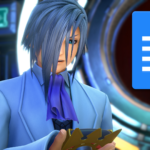 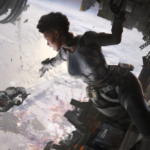