A 353 page Google Document outlines a wild theory about Kingdom Heart’s III occurring in an alternate dream universe. While the 353 pages aren’t all text and it does have a lot of pictures, the theory is very through in going over how this happens, the exact point in the timeline it occurs and showing a myriad of Easter eggs to back up the plot. If you want to dive into the Google Doc you can or follow along with us as we go over a rough outline of the theory.

Since the Kingdom Hearts III Ultimania spoilers are now out, I feel like this theory is going to be more or less debunked and we will actually start off with that below.

The theory proposes that towards the end of KH3, when the entire party wipes to the Demon Tide and Sora goes to the Final World to recover his heart and the heart of his friends, he actually is “diving into a dream” in order to save everyone, which is an entirely different dream world. Reality can’t be changed – the prophecy that foretold their failure has occurred and only by going into an alternate timeline of sorts could they continue to move towards a happy ending. We arrive at this new world line at the start of KH3 and our entire playthrough, minus the events of the keyblade graveyard, are all occurring in this dream world line of sorts or what the theory claims is the “Sleeping Realm.”

Now, before you get your hopes up too high, let’s look at the Kingdom Hearts III Ultimania spoilers recently so that I can propose an immediate debunk to this theory and you could stop here if you want – but we’ll continue right after this.

Q: When Sora and co leave the Final World, why did they return to the moment before their deaths?

Nomura: The power of waking is originally meant to be used to restore a sleeping heart to normal, but because it was used to strongly pull the hearts of (Sora’s) friends back to where they were, the effect caused a singularity and caused reality to be overwritten. Depending on the rewrite, it can make everything “as though it never happened”.

This basically debunks the theory for me, since Nomura clearly says that reality was rewritten for a different outcome and that Sora did use the Power of Waking. Cananolically we can assume that you play all the way up through the keyblade graveyard, then you do the Final World,

Moving back to the theory, let’s say that’s its real for a moment, it basically proposes that all the weirdness in KH3 is from the fact they’re in sort of an afterlife from the very start. Toy Story and Pirates of the Caribbean both were very afterlife-ey, given that there was a “split” in the Toy Story world (something referenced in Dream Drop Distance) and Pirates of the Caribbean happened in the literal afterlife.

The theory goes on to propose a bunch of other things, like rage form is the rage Sora felt from losing everyone. Nomura in the companion book will outline that Rage Form is Sora controlled by rage vs. anti- form which is Sora controlled by darkness. It then gets heavy on the ideas of each of the worlds having some theme about loss and how the attractions / summons are all make believe (they are, this is Mickey Mouse). There is also a bit on how Meow Wow is your official dream eater and a lot of connections to Dream Drop Distance and Flowmotion is a dream world ability.

That’s about the big points I can pull from the theory. I think it’s a cool idea that they’re in a dream world, considering dream worlds do play a big part of the Kingdom Hearts lore. I’m not sold though, because another big part is the “Disney Magic” aka the idea to believe and it’s going to work out from every single Disney property.

I am curious about the Toy Story world and the really depressing worlds like Pirates and Monsters Inc. KH1 was full of a lot of vibrant worlds that even with the darkness spreading, had all this wild charm to them as Disney characters basically had to deal with these very serious universal problems. KH2 continued more of the same, with the worlds being even more “fun” and whatnot. KH3 for me was an odd mix of this feels just right to yeah, this is sort of depressing. Toy Story especially, where the toys are sort of left in some kind of empty world without Andy and you sort of don’t solve any of their problems when you leave other than run off the heartless.

Ultimately, it would be interesting if they went that route, but I doubt considering Nomura’s comments and the fact that the Kingdom Hearts storyline is already so convoluted they could teach it as a college course that this will ever pan out to be real. The most likely event is that there will be a lot of DLC and it’ll focus on returning Sora and preparing for the next game to be released in the next year to ten years. 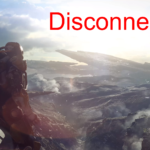 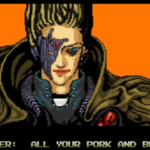