5 Best Weapons for Beginners in CS:GO

Not all guns are created equal, and this is especially the case in CS:GO. Valve’s massively popular multiplayer shooter recently went free-to-play, and while Counter-Strike has been around for a while, maybe this entry is your first exposure to the franchise. If you’re just starting out in the game and you’re feeling overwhelmed, scroll down for the five weapons you should be using as a newbie.

Love it or hate it, the AWP is arguably the most iconic weapon on our list, save for maybe the next entry. That’s for a good reason, too. This gun is notorious for how easy it is to get kills with. Not feeling confident in your ability to get headshots? Practice later and just aim for the body. Chances are you’ll get the kill, and if you don’t, you’ll send your target running for cover. The AWP’s massive damage output is a big reason the community so maligns this gun, but as a noob, there’s nothing better. It’s there, so you might as well use it.

An undeniable Counter-Strike icon, the Desert Eagle provides incredibly high damage at an equally incredible high range for a handgun. Keep in mind, though, that a low magazine count and high recoil means that it requires a bit more precision than your average handgun. However, this gun is anything but average. We recommend you save the Deagle for the mid-game when your enemies start to purchase armor. It’s also important to remember that this is technically still a sidearm, so try to spend your primary weapon’s mag first and then switch to the Deagle for a devastating follow-up.

After using the AK-47 for a few matches, you might never want to play on CTs ever again. This automatic rifle can shred enemy armor, and in fewer bullets than its CT counterpart, the M4A4. Even with a helmet equipped, a headshot with this gun is an insta-kill. While it is an automatic rifle, the AK rewards player patience with a first shot that has extremely low recoil, great for use at medium and long ranges. At close range, the weapon’s automatic fire will take out most enemies in a few shots. If you can control the AK’s recoil, chances are you’ll do well with the gun. Oh, and there’s no shame in picking up this gun off a fallen T – we’ve all been there.

The CT counterpart to the AK-47, the M4A4 makes up for its lower damage output with low recoil and high accuracy. Like the AK, automatic fire is best saved for close range, and at medium to long range, the weapon rewards burst- and single-fire. It’s also available in a silenced variant, the M4A1-S, which won’t show your location on the mini-map when fired – great for players that are just starting out. We still recommend dropping this gun and its silenced counterpart for the AK if you get the chance, but it’s still your best choice for an automatic rifle as a CT.

If you’re looking for something with more precision than the AK-47 but don’t want to lose automatic fire, pick up the SG 553. This T-exclusive gun is one of the few automatic rifles with a scope, and this allows for higher accuracy and a higher effective range than the AK. It’s got a higher price point than the AK and lower damage, which might make it seem like a pretty bad deal all things considered. However, if the AK is proving itself too unwieldy for your beginner skills, pick up the SG and give it a shot. 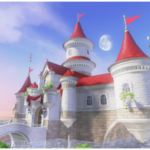 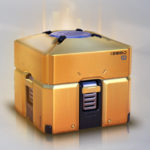