Gulp is super hard, seriously. I almost went insane trying to beat him until I finally “got it.” The reason Gulp is so hard, compared to the rest of the games, is that his orb attack fires in front of you and in Reignited it’s very good at predicting what in front of you is. So here is how to beat him and not stress over the battle.

How to Avoid the Charge

How to Avoid the Orbs

Run in circles, not around the room, but in one spot. At the start, when it’s two orbs, you just have to zigzag, it’s not that hard. When he starts lobbing the five or so orbs at you, that’s when running in a circle is amazing. If he’s in the center of the room start your circle at the very edge and just loop around. By the time you’re back at the start of your circle, the orb there would have dissipated, and you won’t have to worry about it.

Think of it like this, he sends the orb in front of you. If you’re running in circles, he’s going to lob them in a far distance away in a direction you’re never going to head in, that’s going to make you basically immune from the attack.

Don’t run in circles around him, though, as that’s the easiest way to get hit by the attack.

You can also try zigzagging. Each time he fires, head into an opposite direction. That’s a bit harder though.

Try the circle, seriously, remember: not around him, but just a circle in general.

The power-up attacks to be honest are preferred. If he eats a bomb, he throws fireballs, just back away and scoot through them. If he eats a barrel he will send fire across the ground. That’s no problem. If he eats a missile, you’re likely gonna get hit, but just keep running no matter what. If he eats a chicken, he heals.

To keep him from eating chickens, don’t take damage. Always get a missile. You can save a missile between stomps. 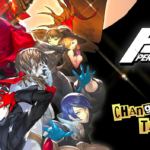 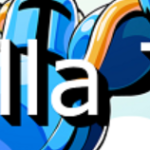