DISGAEA RPG is an Android / iOS mobile game that let’s you play a basic RPG with characters from the DISGAEA franchise. It’s pretty awesome since you have all the main characters from all five main games plus all the side characters coming back with a lot of hilarious dialog and other cool bits. Anyway, we’ve got some answers for your common questions to explain core game concepts followed by the best 4* characters in the game.

So you get to reroll your first draw as much as you want and it’s a guaranteed 4*. You’re going to want to pick Desco. She’s the snake like character and boss character in DISGAEA 4 after all. She has an AOE attack that’s pretty boss early game, doesn’t use a ton of SP and is currently considered the best character in the game.

For instructions on how to reroll, check out our DISGAEA RPG reroll guide.

What should I spend my cash on right now?

Nothing. The game is being lucrative with its starting bonuses right now, so there isn’t anything worth buying. If you are going to spend money, you can pull the guaranteed 4* boxes but if you got Desco or any S tier character in your first draw then this might not be worth the money right now considering you can get the best character for free.

The below tier list is a list of characters in the global / US version and based on how good they are. We reserve the S+ rank for the first starting character, since that is currently any 4* in the game which is the highest star ranking. In other words, since they’re both free and the highest rank character you can get, it should always be the absolute best character in the game which right now is Desco due to her early farming abilities.

Valvatorez and Laharl are considered to be must haves and then from there it’s more or less who you’re excited to play. With this in mind, here’s our current tier list:

This is the character you should pick at the very start of the game.

S rank is the best character in terms of stats total, as a result you’ll always want them on your team.

A rank characters are must haves, right now that notably is Laharl who is mostly equal with Valvatorez.

B rank characters are good to have in party situationally, but by and large they’re nowhere near the A & S tiers.

C rank characters ultimately are just not worth it if you have anything better.

Don’t worry about which is best, just avoid spending too much on say Prinnys or monsters or other character units, after all you won’t use them much after the start of the game. Your 4* characters should be the star of the show. You’ll frequently notice that the other characters in the game have their roles (magic, physical, support, etc.) and that’s about what they’re good for.

In fact you can just ignore monsters for most of the entire game. Further in the game you’ll really only be using 4* characters in your party and won’t have any use for the other ones. To be fair, it’s often like that in the main Disgaea games too.

As soon as you get into the game, you should get a pretty quick understanding of what characters work best for you and understanding how the game plays and its mechanics. All things considered, the game doesn’t start off very difficult and even making bad choices in party building won’t significantly mess with your gameplay.

In summary we hope this guide helps you get the most of your gameplay in DISGAEA RPG and that you have a great time in game. 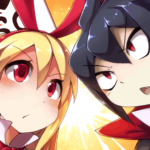