Guide: The Division 2 Dark Zone Keys and Where to Find Them

Game publishing titan Ubisoft released the highly anticipated sequel to The Division back on March 15. Since then, the game has been steadily siphoning in massive hoards of players. If you want to stay in front of the pack within this massive online shooter, check out our below.

How to Enter the Dark Zone

The dark zone is perhaps the most popular feature of The Division series. Within 2, the dark zone defines area within the title in which online players can interact in PvP battles, as well as PvE confrontations.

In order to enter the dark zone, you will first need to recruit dark zone operator Senait Ezra. You can recruit Ezra after you have completed three settlement missions for the Theater.

After being recruited, Ezra will be available on the top floor of the White House. Simply speak to Ezra and she will aid you in finding the first dark zone recon mission. There are three dark zone areas in total. In order to enter each dark zone, you will have to complete three different recon missions.

Each mission will become available on your map as you complete the previous mission. However, you will need to reach the level requirement for each mission before being able to begin them.

How to Find Dark Zone Keys

One of the best sources of high end loot in The Division 2 are dark zone chests. There are a couple ways to access the loot in these chests, but dark zone keys are likely going to be your best bet.

Take Down Other Players

While hunting down high level NPCs is an easy way to earn dark zone keys, you can also kill other players for their keys. This, however, is a bit more tricky.

Other players are not guaranteed to have keys on them. However, you can kill other players within the dark zone for a chance to earn some keys, currency and some extra gear. The downside, of course, is that you will always have to watch your back. Attacking other players may increase the chances you get attacked as well.

Search Through Every Crate

Dark zone keys can be acquired, much like almost everything else, by scavenging. You have a low probability of finding a dark zone key within any searchable crate. However, you can acquire a ar dark zone perk if you want to up your chances.

Once you reach level 25, you can visit the Dark Zone Officer within your base of operations to unlock the “” perk. After unlocking the perk, you will gain a 25% chance of looting dark zone keys from crates.

How to Open Dark Zone Chests Without Keys

If you are still having difficulty getting your hands on some dark zone keys, you can also open dark zone chests with lock picks. However, there is a catch.

Once you pick the lock to a dark zone chest, you will be granted rogue status for a brief time. Consequently, your location will be marked on the map for other players. While this is a faster way to gain loot, it is also a larger risk.

How to Find Dark Zone Chests

An example of a dark zone chest can be seen within the image provided below. 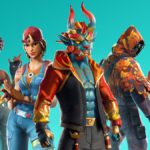 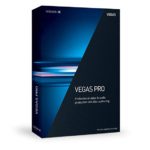