The Division 2 has earned critical success, having largely improved upon the common issues of its predecessor. One of the largest changes within the title is what players are capable of doing after they have completed the main campaign. To figure out what you should be doing after reaching level 30 and finishing The Division 2’s story, check out our guide down below.

In order to take on the game’s final mission, you will first have to reach level 30. After that, however, there is one more thing you should do before finishing off the campaign.

The specializations include The Sharpshooter, The Demolitionist and The Survivalist.

Once you complete the final story mission for The Division 2, it’s time to start your journey into the end game content. The largest change you will notice is that there is now a new faction.

After finishing the game’s campaign, The Black Tusk will make their violent introduction into D.C. They will take over a series of locations you previously secured, forcing you to face off with the new faction rather quickly.

For each stronghold mission you complete, you will be uplifted to a brand new world tier. Each world tier acts as a difficulty mode for The Division 2’s endgame content. Each world tier is categorized by a gear score, as seen below.

Any gear you obtain can only be as high of quality as your world tier will permit. Consequently, you will want to boost your world tier in order to get better loot. It is also important to note that a new stronghold titled Tidal Basin and an accompanying world tier 5 are both currently in the works, though they have not yet been released.

There are a few different ways to increase your gear score. There are both weekly and daily challenges, each of which will grant you a chance to earn some new loot.

There are also bounties you can complete for the same opportunity of loot. A common place to go hunting for good loot, however, is the dark zone. Rather battling it out with other players or just hunting down dark zone chests, you can somewhat easily pick up new loot in the dark zone.

If you are looking to take advantage of the dark zone’s many loot chests, check out our guide here.

Another great way to acquire loot is to craft it. There are several exotic blueprints all throughout the world of 2. However, if you are going to craft, it is important to remember that you will have to upgrade your workbench for each new world tier.

It is important to have an optimum build for your character if you want to farm for high level gear. With that in mind, check out our guide ranking The Division 2’s skills here.

What to Expect With World Tier 5

World tier 5 is expected to raise the total gear score to 500. More impressively, however, world tier 5 will be adding gear sets. Whenever a player wears an entire set of gear, the player will receive a certain stat boost or unique ability. In order to unlock world tier 5, however, you will first have to conquer the new Tidal Basin stronghold. 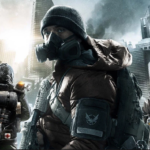 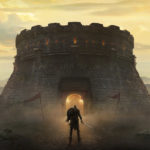