How to Complete Every Act 1 Side Quest in The Legend of Heroes: Trails of Cold Steel II

Nihon Falcom’s The Legend of Heroes: Trails of Cold Steel II recently made its way to the PlayStation 4, ensuring that an entirely new demographic of fans can begin enjoying this wonderful RPG. That being said, Nihon Falcom’s latest title is certainly no walk in the park. If you want to learn how to complete the first act’s tough side quests, check out the information below.

Act I Side Quests

There are a combination of 12 optional and hidden quests within the first act of The Legend of Heroes: Trails of Cold Steel II. If you want to complete each one of these adventures, read on.

Make your way to the East Celdic Highway 2. From there, confront the nearby quest monster. After defeating them, you will be given the option to either return to Celdic or to continue exploring. You will have to return to Market Manager Otto to turn in the quest, however.

A Cry For Help

Make your way to the Twin Dragons bridge. Speak to Merchant Albel, which can be seen having an argument with a nearby soldier. After watching the confrontation, make your way to the Celdic East Highway 2 to unlock the next event.

Now make your way to the East Celdic Highway 3 to find a nearby treasure chest filled with 100 Sepith Mass. Lastly, you will need to battle a boss monster before returning to Albel to turn in your quest.

Leaf it to Me

You can speak to either Alf or Kiki in order to begin this quest. The two children can be found near the station south of Ymir. Next, make your way to the Ymir Canyon so that you can find two different colored leaves for the kids. One of the leaves is located in the northwest corner of the first canyon. The other leaf is in the southeast corner of the second canyon. Finally, return to the children to turn in the quest.

You will receive this quest from Nord Elder Ivan. After starting the quest, make your way to the Nord Highlands. Galion Cougar monsters will be marked on your map. Defeat each one of them before returning to Ivan to turn in your quest.

Make your way northwest of Lake Lacrima. Once there, speak to Sheeda to begin the quest. Next you will need to venture back to the Nord Highlands – Northeast. Within the southeast corner of the map, you will find foal you are looking for. The foal will quickly move, however. After spooking the foal, make your way to northeast side of the map. You will lastly nab the foal at the Nord Settlement.

Make your way to the store area in Zender Gates. Next speak to either Zats or Manning to begin the quest. They can both be found nearby.

After accepting the quest, you will need to head to the Nord Highlands – South. There will be a series of tanks marked on your map. Inspect each one.

The fourth wreckage you inspect will have a pendant. Take the pendant and return it to Zats to complete the quest.

Head to the General Store so that you can talk to Camilla to begin the quest. Then, you simply need to speak to a few other NPCs. Speak to Werner in The Phoenix Wings, Gerald in the Inn & Pub, Luke in the Near Station and lastly Sister Lisa in the Septian Church.

Make your way to the northern area of Ebel Highway 2. You will find a boss that you need to defeat in order to complete the quest.

Make your way to the Bareahard Cathedral from the Central Plaza. Speak to Sister Tatiana within the west room to begin the quest. Next, inspect the statue at the Central Plaza before making your way to the Underground Waterway. You will then have to defeat an Abyss Drome monster in the second area of the waterway before returning back to Tatiana to turn in the quest.

Head back to Bareard’s Central Plaza and then enter the Underground Waterway so that you can speak to Lady Eva to begin the quest. You will then need to speak to Hasan by the Sorciere Restaurant, Biske near the South Kreuzen Highway entrance and lastly the female students on Station Street.

Next, make your way to the North Kreuzen Highway 1 and find the kitten located on the northern portion of the area. Return the cat to Eva for your reward.

Travel to the Valley’s Echo Tavern and speak with Gerald to begin the quest. Next, head to Ymir Valley 2 and speak to Annabelle. You will then have to catch a fish at the nearby bridge, which will lead to a boss battle against an Ice Croaker. Return to Gerald to turn in the quest when you are finished. 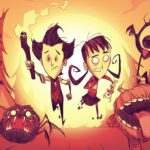 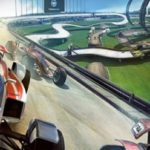 5 Tips on How to Improve Your Skills in TrackMania² Stadium