Divinity: Original Sin II is challenging to say the least. The final boss fight is certainly no different.

Many players have reported frustration with the final battle, claiming that it is too difficult to handle. That being said, it can be beaten. However, you are going to have to use these tactics.

Moving forward, there will be spoilers concerning the final quest for Divinity: Original Sin II. Read on with caution.

Deciding to Sacrifice Your Source or to Attack the Divine

Once you reach the final quest “End Times,” you will be met with a final choice. Choosing the right path is crucial to minimizing the difficulty of the game’s final fight.

Once you make your way to the final quest, it will be revealed that Lucian the Divine has been alive this entire time. Beyond that, Dallis will reveal that she is actually an Eternal. Worst yet, Braccus Rex is seemingly under her control.

You will ultimately be tasked with a choice. You can surrender your source, thereby siding with Lucian and Dallis. Or, you can refute Lucian’s wishes.

If you refute Lucian’s wishes, you will attack Lucian and Dallis both. However, Braccus Rex will quickly reveal that he has free from Dallis’ supposed control and will then attack the entire party.

Alternatively, you can decide to surrender your source. Before your source is taken from you, however, Braccus Rex will reveal his free agency and then attack the party.

There is a crucial difference between these two choices. If you choose to give up your source, you will have Lucian and Dallis fighting on your side against Braccus Rex. Alternatively, you and your party will have to fight Lucian, Dallis and Braccus Rex all at once.

Consequently, it is highly advised that you choose to surrender your source if you are feeling intimidated by the final boss fight. After all, this boss fight is beginning to grow rather infamous for its difficulty. That being said, it can be beaten.

How to Win the “End Times” Final Boss Fight

Rather you choose to side with Lucian and Dallis or you choose to face the living divine and his Eternal right hand, the strategy to win in the final boss fight will largely be the same. There are four basic tactics you will need to use in order to make the fight easier.

1. Save Every Chance You Can

This may seem like a cheap tactic, but it is effective. A large part of this fight will come down to random number generation (RNG). Rather an attack lands on you or misses can mean all the difference.

If you are having difficulty with the boss fight, then you will want to consider trying this tactic.

Whenever the battle begins, take your turn as normal. Every time a turn goes well for you, save the game. This will allow you to avoid unnecessary repetitions every time you fail the boss fight. It will feel tedious, but this tactic could be the difference between hours and hours of fails boss fight attempts.

2. Stock Up on Fire Resistance

There will be a seemingly endless barrage of fire spells against your team during this fight. If you want to minimize the damage you suffer during the brawl, take some time to stock up on fire resistance potions.

Of course, healing potions and resurrection scrolls are also paramount. However, the fire resistance scrolls will likely give you the final fighting edge you are going to need.

3. Equip Your Party With Source Spells

Just before you discover that Lucian the Divine is still alive, you will receive a powerful buff from Malady and potentially some of your other allies. This buff will reduce the cost of your source spells, potentially down to zero source points per casting.

Consequently, you are going to want to prepare as many source powered spells as you can leading into this boss fight. The spells that require source to cast are often the most powerful, making them huge benefits to you and your team.

This tactic is by far the most important. You need to focus all of your efforts on fighting Braccus Rex.

Once you defeat Braccus Rex, his many minions will die alongside him. Consequently, it is pointless to attack his lackeys before dealing with firsthand.

If anything, try to whittle down his minions’ magic armor so that you can charm them. Having extra allies on the battlefield will help draw enemy fire away from your party.

Still, you want to focus the majority of your efforts on Braccus Rex himself. 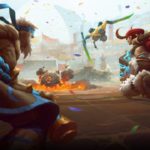 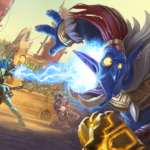