This is a rather short guide, because I have a lot of anxiety when I have a new character I want to run through raid finder and there is a lot of toxic people who instead of going, oh you’re just trying to get some gear, instead go “LOL NOOB” and many other more horrible things and that sucks.

So let’s talk about preparing, so you can at least avoid any embarrassment when you load into the raid finder. The first thing to do is understand you’re going to suck if you don’t have gear and that’s totally fine and nothing anyone says matters, as long as you’re DPS or you’re a few months into an expansion and picked healer. If you roll as a tank into raid finder in the minimum required gear, you’re going to have a horrible time. We’ll talk about tanking in a bit.

Next you’re going to want to make sure you have some gear. You don’t want to do like 10 DPS. Run dungeons and if applicable heroics to farm up some decent gear or use whatever patches mechanic for getting gear (run x daily quests, get tokens, get powerful gear, etc.). You’ll need the gear anyway to hit the min gearscore to get into the first raid finder raid.

Next, you’ll want tokens that allow rerolls. These are Seals of Wartorn Fate, with Tezran (Alliance) and Zurvan (Horde) being the NPCs who have the quests to give them to you. Bonus rolls let you roll again for loot. Each time you fail, you have a higher chance next time. These are good to use even if you don’t know what you’re doing, because you can only hold five at a time and obtain two per week. They’re usable outside of raids (like in Mythic and Mythic+ and for world bosses), so consider that as well. Do your research on the raid and use them on bosses that drop something you want.

Next, you’ll want some potions and flasks. It’s just nice and helpful to have a boost and to stay alive longer. It’s respectful too, because you won’t be completely useless and can do more damage and stay alive a bit longer. Don’t go wild though, a single flask is all you need per run and you don’t have to go broken quaffing potions, since you should get a warlock stone every boss fight.

Finally you’ll want to queue up. I suggest going as DPS no matter what your spec is. It’s just safer and even if you’re last in DPS, someone has to be last. With all the buffs and differing skill levels, if you just focus on your class’s standard rotation you should be fine. Remember you can set your loot drops for another spec, too, so you can get healing gear while you’re doing DPS or tank gear while in DPS.

Healing is fine when you have enough gear you can make a dent on someone with a lot of gear’s HP. There is a limited set of healers and they make a huge difference and I’m never comfortable running a fresh character as a healer, unless it’s late in an expansion when the tanks barely take damage from the starting raids.

Tanking is a world of its own. You should never role as a tank unless you have enough tanking gear to match or exceed the dungeon, if not exceed it. The reason is that even the best healers aren’t going to keep a paper tank up and even the best geared raid isn’t going to deal with bosses that one shot non-tanks if you die. You’ll also need to study the raid to know what to do with each boss, even with the toned down nature of raid finder, you still have to move bosses around, etc. I highly suggest not rolling as a tank until you’re comfortable actually tanking the raid as the main.

That’s about it. There isn’t a ton to running your first raid finder, but it’s enough that you’ll want to do some prep before you go in. 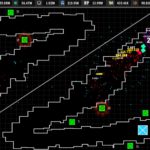 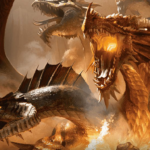