Islanders requires you to place buildings in a way that builds synergy in a zen like continuous march, much like business meetings. The way you place each building is how you build your score. Certain buildings like other buildings and dislike others. As a city planner your job is to place the buildings in a please way, build enough score and move to the next island where you start all over again.

The vast majority of achievements focus around building buildings & building your score and rushing to certain milestones. To move from island to the next, you’ll have to reach specific score thresholds. Once you start at a new island, you lose everything from the previous one (except the score).

You can press ESC at any time to see your online ranking. You can stay on one island before moving to the next to continue score building if you’d like.

How to Score Big

Farming and Lumberjack are the best early picks, because you can snag enough points to get a few extra decks and start with a healthy advantage.

City Center is best to wait as long as possible before placing down, because you can get some massive points with everything they synergize with. City centers really only dislike shamans, resort oasis and other centers while houses and mansions don’t like walls, the circus or jewelry makers.

Look at your island and really think about where you want to build what where.

Pack buildings close to one another tightly to get the most out of new buildings you’ll place down.

Don’t be afraid to think about the future. The “investor” achievement is called that for a reason. It’s “lose 100 points in one game” which if you think about it is silly, but say in the late game you get a statue. If you place it near another statue then place a temple down, it’s nearly paid for itself.

Some areas have almost no space. Water plateaus can help expand the space you have. You don’t have to keep them all together, like above, but it can help to make sure you have enough space to build things as they go together seamlessly.

Again, think about the space you have and as you play you’ll soon understand how much space can be used to achieve what goals.

The vast majority of achievements are earned by playing, via either reaching the 4th island in a playthrough to building so many buildings.

The harder achievements are the ones to reach the second island in 90 seconds and the third island in 4 minutes (sprinter and athlete). First play for a bit before even trying and remember you can save your score and start over at any time.

Second, practice building out some early game builds. You’ll need a total score of 1070 to reach the third island. So think about how you’re going to get there. Due to the RNG, there isn’t a best way to approach it, but do consider you have about 90 seconds to get off the first island and the rest of the 4 minutes to get off the second one.

Nice Spot (25 points) / Brilliant Position (50 points) Perfectly Placed (75 points) can be done with the market or gold mine in a built up city.

Investor you just have to safely burn 100 points. Wealthy you have to earn points while hoarding (12) buildings.

Puzzle Solver is just the art of placing buildings to reach 100.

Slow Burn, you have to get to 1,000 points with no more than six buildings in your inventory. Consider which building packs you get. City center is going to load you with a ton.

That should get you through most of them! Have fun and remember – Islanders was built to relax, not over strategize. It’s soothing to play something that’s a lot less busy than other simulation games. 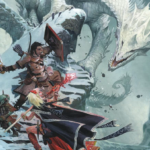 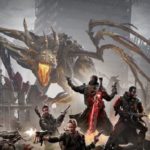 How to Unlock Every Trait and How to Earn Every Boss Alternative Loot Drop in Remnant: From the Ashes