There are a lot of reasons to return to the world of Golarion.
August 19, 2019

Paizo Publishing, the creative minds behind the Pathfinder role-playing game, has done it again. This time around, the publishing titan has released a new edition for Pathfinder players to enjoy.

Of course, a lot has changed within Pathfinder 2nd Edition. Whether it’s the core goblin race or the revamped paladin class that has snagged your eye, Paizo has found a way to nearly guarantee that there is some kind of change in the new edition for every veteran player to get excited about.

Without further delay, here is a list of the top five changes within Pathfinder 2nd Edition that are worth getting excited over.

The skill system in Pathfinder has been completely reimagined for the game’s second edition. The first radical change you will notice when playing second edition is that there are far fewer skills available to choose from.

Overall, Paizo has done quite a lot to trim the fat off of the skill list. In total, there are 17 skills for players to now take advantage of. Among them, the newly introduced Occultism skill allows players to recall information concerning mysticism and the otherwise supernatural. A full list of the game’s skills may be viewed below.

With that in mind, there has been an even more radical change to the skill system that will likely catch veteran Pathfinder players off guard. There is now a dedicated branch of skill feats. And, players can now improve their skills beyond simply trained and untrained.

Traditionally, players needed to invest a skill point within a skill of their choosing in order to become trained in that skill. Being trained in a skill allowed the player the ability to use more of the skill’s features, as well as offered a hefty skill check bonus. While Pathfinder first edition offered a few additional features of skill customization, the basis for the system relied heavily on skill ranks. Now, that has changed.

Now, however, players can go beyond this system. As you level up, you will be given the opportunity to improve skills of your choice by leveling them up from expert to legendary. By upgrading your skill level in this fashion, you will be able to meet the often demanding prerequisites tied to the more powerful skill feats.

Every even numbered level you earn will grant you another opportunity to select a new skill feat. You can check out the skill feats here.

Overall, the skill system in Pathfinder 2nd Edition has evolved past the often overcompensating numerical system offered within the game’s original edition. Now learning how to truly master your skills will require a more nuanced, but often more rewarding approach.

Every class has received a significant overhaul within the second edition. For starters, the Gunslinger class is now gone. Beyond that, the classic paladin class that many veteran Pathfinder players have come to know and love has since been rebranded as the Champion. But, don’t worry. The Champion is an excellent addition to the Pathfinder system.

The Champion shares many traits with the all-too-familiar Paladin class. However, the Champion class is a little more versatile.

Perfect for nearly any player looking to multiclass, the Champion class can take on the role of the tank, physical damage dealer or even as a support. If you are curious how Paizo has managed to improve upon the game’s original classes, the Champion is a great place to start.

One of the major issues many Pathfinder 1st Edition players have voiced concerns with over the years is the game’s action economy system. In order to complete a turn in combat, a player has to balance their movement turn, action, free action, swift action and the list keeps going. The system could be confusing at times. But, not anymore.

Second edition Pathfinder now functions off of a three action economy system. Would you like to move your character three times in a row? Now you can. Want to brutalize your opponent with three consecutive attacks? Now it’s possible.

Overall, the new action economy is short, sweet and to the point. This is a big win for Pathfinder players.

There is now a myriad of feats to choose from in Pathfinder. Luckily, the creative minds over at Paizo have figured out a way to control the chaos.

As you level within Pathfinder’s second edition, you will earn opportunities to learn skill feats, ancestry feats, general feats and class feats. All of these feats are chosen at different time, so you don’t have to worry about choosing from a pool of hundreds of feats every time you gain a level.

When it comes to combat feats, Paizo has rebranded them as class feats. Consequently, each combat feat is now tailor made for each class. This offers a much larger variety of customization to the player, as well as a better collection of truly effective options to choose from. For example, you can check out the barbarian’s class feats here.

5. Goblins Are Here to Stay

The races in Pathfinder’s second edition have been rebranded as ancestries, though many of their features are the same. Now, however, there is a dedicated branch of feats for customizing your ancestry as you continue to level your character.

The list of available races has slightly diminished, however. The half-orc and half-elf races are no longer available as core classes, though you can select them through your heritage options. However, the goblin has now been added as one of the base races for second addition. 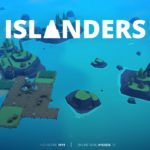