Farming Simulator, just as it sounds, allows players to garner some virtual experience down in the fields. While a game all about mimicking manual labor may sound niche, don’t be fooled.

Farming Simulator 19 launched near the end of 2018 and sold a massive 1 million copies within just 10 days. Needless to say, the not so niche game about planting crops and driving tractors has a cult following unlike almost any other.

Well, Farming Simulator developers Giants Software have since announced an Esports league in Europe that will feature a massive 250.000€ grand prize. Giants Software CEO Christian Ammann recently offered a few words to Gamasutra on the matter.

“Competitive farming is something people enjoy for years now, but it hasn’t been done in eSports so far,” Ammann said. “We have lots of eSports enthusiasts in our company who can’t wait to show the world that farming can indeed be fun and competitive at the same time. We believe we found the right mix of real farming and fun to play game elements to ensure everyone will find it entertaining.” 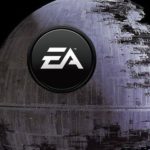