Why Blockchain Gaming Won’t Work Out

We have to store information in this world and we have to do with with electricity, which is quite hard. There’s physical means of storage, but ultimately, we’re using electricity to write it and read it, because computer instructions are just that: electricity. In that way, storing that information is important to everything we do: your bank needs to know how much money you have and your video game needs to know how much gold you have.

Traditionally this information would be stored in a database, ultimately looking something like this:

Enter blockchain technology. A revolutionary new way of storing information, leveraging a decentralized list of records where multiple “nodes” process and verify data amongst one another. This gives all kinds of cool advantages, which I’ll let Wikipedia explain blockchain, but it also uses A LOT of power and it’s a lot more complicated than say a standard SQL database, even if it may end up being more secure (and have more awesome features).

Why No Blockchain Game

Well, the massive amount of electricity and the extra complication for a video game makes it basically nothing more than a gimmick if a game where to even use it. No one is going to take and make their database use more power and be less efficient if the value of the neat features isn’t there. So that’s a deal killer right there.

What about games using existing networks? Well CryptoKitties is just that, although it’s not scalable and was gunking up the ETH network so it had to move over to FLOW. That’s a no go unless it’s the game’s gimmick since the game would need to ride on a network that is owned by people who have ASICs or using home mining software.

Why Steam Won’t Let the Blockchain Onboard the Train

Steam won’t let games in that use blockchain technology or NFT’s according to The Verge and Valve’s own statements. The reason for this is actually quite simple (per my speculation):

It’ll be interesting to see if it changes, considering Epic is “open” to letting blockchain games in.

I mean I don’t want to call COINa game but, it’s an idle game kinda? You travel around and use geolocation data to farm coins… you can use a scannable card to get more coins or something, I’ve played with it and felt like I was just burning my phone’s battery to get some fictional currency that if you get enough of you can start converting to maybe get BTC or USD out of it?

Anyway, these games don’t have their directly game currency up on a market, although they can translate to a real life currency in a way. So while they’re blockchain games, they’re sort of weird? I don’t know, it’ll be interesting to see where they go. I know that they’re not viable means of translating time into money, though.

The Future for Crypto in Gaming

I don’t think we’ll see any major developments soon. Modern computing architecture, especially with expandable compute environments with Kubernetes and all of the cloud computing, is good enough. The gimmick of Cryptocurrency as a means of game currency hasn’t caught on, although social media marketing is aggressive. NFTs may make it into some kind of gaming space, but so far all we’ve seen are scams and folks who aren’t very happy.

The future is always changing though. Let’s all wait and see what tomorrow brings. 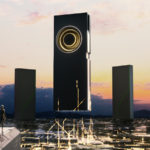 The Truth Behind the Video Card Crisis 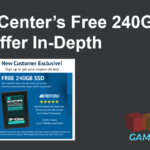 Everything You Need to Know about the 240GB Free SSD Promotion