How Square Enix used KH3 to perfect different aspects of games they have developed over the years
February 1, 2019

Everyone and their mom is playing and loving Kingdom Hearts 3, and as an avid KH fan, I personally love not only the hype but also the game itself! Sadly though this isn’t just another review of the game, it’s more of a deconstruction of the new parts than of the game as a whole. A look into what bits and pieces of other Square Enix titles made it into the new smash hit.

Easily the biggest, most noticeable, and at the very least to me, most surprising is the cooking. Fairly early on in the story you make a stop at Twilight Town, a classic location that since its introduction in the second game has become a staple, appearing in almost every game after the fact. Long time fans fist noted two things, first all the people, a welcome introduction in many locations in the third game that makes the worlds feel a little more alive. Second, the new restaurant that was previously the location of a vacant lot and a non accessible building. As the visit continues you’re introduced to classic Disney character Scrooge McDuck and to a much more contemporary Pixar character Remy from Ratatouille, whom they refer to as “Little Chef”, which I won’t even start on how much that bothers me but whatever. Scrooge explains that you need to go out and gather ingredients to make meals that will temporarily boost some of your stats. While this is a new addition to the Kingdom Hearts series, the system should feel very familiar to fans of Final Fantasy XV as it very seriously resembles the meal system from that game too, plus game director Tetsuya Nomura worked on both projects. Coincidence? probably.

There are plenty of examples of things like this all throughout Kingdom Hearts 3, the teleport climbing that Sora does, some of the combat feels eerily similar, so forth and so on. But Final Fantasy isn’t the only place the game has drawn inspiration from, the entire combat system for example. If you at all played either of the first two games you’ll know that the combat system has been completely revamped, focusing more on combos and big flowmotion moves which is a new concept in of itself. What many may not know though is that much of this new combat system is ripped from earlier but slightly more obscure titles, most notably Birth By Sleep and Dream Drop Distance. Much of the new combo and focus systems are heavily based on concepts introduced in BBS, even the idea of having a player triggered finisher in regular combat was first presented in the originally PSP exclusive. Dream Drop Distance brought the flowmotion (yes it’s all one word and yes it bothers me too) system to the table, encouraging more movement and use of the environment in combat.

The best thing about these things though is that while yes they were present in these other games, the feel perfected in Kingdom Hearts 3. Having played with all of these systems before I can personally say that if I had any doubts going into this game, they all evaporated as soon as I started tearing into heartless once again. Major props to Square Enix to sticking with concepts that had potential but misstepped on their first appearance, they don’t feel as forced as one would expect and fill in a lot of gaps that the game needed to keep fresh in this ever-expanding video game market. 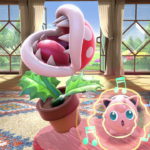 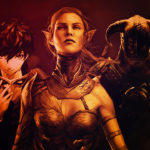