Battlestate Games’ hit shooter Escape from Tarkov is getting some serious attention on Twitch right now. And, it’s for good reason.

Escape from Tarkov is a survival first-person shooter with a unique take on competitive multiplayer that incorporates scavenging and gear loadouts, making for an intense game in every match. With that in mind, surviving in this bleak shooter is no easy task. If you want to boost your kill count and survive through your matches, then you are going to want to check out these quick tips.

Sound is a vital part of Escape from Tarkov. If you are playing with the volume turned down, then you are missing out on some vital information during your games. Your enemies will make certain noises during certain actions, telegraphing their moves. Being able to hear these telltale audible signals can be the difference between life and death.

Some traders offer ComTac2 headsets, which amplify important sounds within the game. This is an easy way to give your self an edge over your opponents.

Whenever you want to enter a building, you want to make sure you do not leave a trace. Leaving a door open in a building is a clear sign to your opponents that someone has recently been within the building. Keep all of the doors closed so there are no loose ends when you are exploring.

Likewise, you can use this strategy to your advantage by staying on the lookout for open doors. If you see any, then there is likely an enemy close by.

Scavs are the AI faction in Escape from Tarkov, making them easier targets than most player characters. Even better yet, these AIs are always armed. As a result, farming Scavs is a comparatively easy way to garner some decent gear fast.

Yes, the MBSS is cheap. However, it is cheap for a reason. The backpack does not allow you to hold many weapons, which will prove to be a significant burden during your games. Whenever you are having trouble choosing a backpack, consider the SCAV. This backpack is more expensive, but offers a significant boost in storage space.

5. Take Advantage of Your Insurance

While playing PMC, you can insure your gear. Once you kill an enemy. Simply stash your gear in a safe spot where another player is unlikely to find it. Then, loot your killed enemy and equip their gear. This way, you will actually gain new loot and retain your own gear after the match.

Take this advise with a grain of salt, as it is dependent on your comfort level with Escape from Tarkov’s combat. Once you do gain some confidence on the battlefield, however, this tip will prove quite useful.

Many players in Escape from Tarkov will camp for most of the game. Being passive will keep you marginally more safe and will likely lead to you getting a few kills. That being said, this game often favors the aggressive player. Pressure your enemies and storm the battlefield if you want to get kills and scavenge some serious loot.

Whenever you kill an enemy, you will be tempted to loot their body. But, you shouldn’t do this right away. First, wait.

Your recently defeated foe may have some backup coming from around the corner or another player may have been stalking the same target just before you got to them. Wait a few seconds. If no one shows up, move in and loot your target.

8. If You Are Playing as a Scav, Don’t Kill Other Scavs

Whenever you are playing as a scav, scav AI may first seem like easy prey. However, they have their uses. You can sometimes trick other players by mimicking scav AI, often leading to your enemy simply ignoring you. After they walk past you, simply go in for the kill.

Besides that, scav AI will alert you to any nearby PMCs by attacking the nearby target. Staying near scav AIs can be a great form of pseudo-radar.

9. Max out Your Metabolism

Metabolism is a pretty useful skill in Escape from Tarkov. If you fully max out the skill, then you will permanently remember all of your physical abilities. Consequently, you are going to want to max this out pretty quickly. Luckily, it’s not hard to do.

Simply chow down on any and all food you come across and your metabolism will boost quite quickly.

If you find yourself hurting for more storage space, remember that you can unload your weapon magazines. By keeping only a pair of magazines, you will of course be forced to tediously refill your magazines quite regularly. That being said, you can store far more ammunition by taking it out of full magazines and storing it as its own stack. 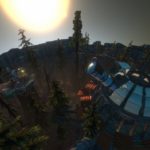 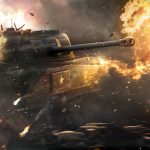 Five Top Tips to Dominating in World of Tanks