Here’s What You Need to Know About Pew Dew Redemption

PewDiePie has taken over the internet. There is no stopping that now. That being said, it would appear that a video game developer is now trying to overwhelm the Steam community with this internet sensation.

PewDiePie has been churning out YouTube videos and bulking up his subscriber base for almost a full decade now. Once just another content creator among the sea of supersaturated digital media, PewDiePie has since risen to cultural icon status. And with over 95 million YouTube subscribers and over 21 billion views, who is really going to argue?

Well, video game developer Enki has since been inspired enough by this YouTube superstar to create his own unorthodox idol to the man, the internet legend. To that end, Enki has published the incredibly strange, yet growingly popular Pew Dew Redemption on Steam.

What is Pew Dew Redemption?

Pew Dew Redemption is a game available on the Steam platform for PC players. The game is quite short, as it only takes roughly 20 minutes to complete. The entirety of the game is about bashing robots with a massive letter P, though it serves more as a hilarious, distorted commentary. Gameplay footage from the game can be viewed above.

PewDiePie and his longtime rival, the highly popular Indian music YouTube channel T-Series, are pinned against each other in an intense battle that will ultimately determine the outcome of all things. As far as story concepts go, it’s pretty hilariously intense.

The game is free to download and play so there isn’t much reason to not pick it up. It is really up to you to decide if the game is right for you. But if you are a PewDiePie fan, you definitely have to give this game a shot. It is just too strange to pass up.

The term “strange” could mean many things in this instance. If you want some clarification on how that applies here, look at “Day In Life of a Game Dev God” by Pew Dew Redemption’s creator down below. Seriously, watching the video below should really clear that up.

While Steam has its fair share of shovelware, there is something quite unique about Pew Dew Redemption. Maybe it’s the broken system that’s riddled with bugs. Maybe it’s the hilariously awkward commentary on YouTube culture. Maybe it’s just the incredible weirdness that’s left when all facets of this game are mixed together.

Whatever it is, Pew Dew Redemption is catching some serious attention from players. If you want to give it a shot, you can check it out for free right here. 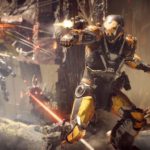 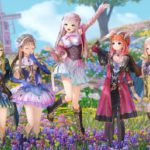