BioWare released the highly anticipated third-person shooter Anthem earlier this year. While the game was met with mixed reviews from critics, Anthem has still managed to pull in a passionate and loyal audience. With the game having been around for months now, many players are now exploring the end game of this massive, online shooter. To that end, we have developed a series of tips for all of the end game players out there.

The first part of reaching Anthem’s end game is all about reaching level 30. Once you do, you will unlock the grandmaster difficulty levels. There are three grandmaster levels in total and each one offers a new, distinctive degree of difficulty. While this feature does not add new content to the game, it does increase the chance of higher tier loot drops.

Each grandmaster level also comes with a recommended power score, which you can see below.

After going through this process, with a little grinding, you will eventually raise your power score enough to be able to take on the next grandmaster level. Then, the process repeats itself until you reach the strongholds of grandmaster 3.

Freeplay is the least challenging option you will be faced with once you begin your end game content. This mod allows you to explore the open world of Anthem. These sessions are always public, making it possible for you to invite friends to join you at any time without needing to form a squad.

The real value of this mode is that you can scavenge for collectibles, crafting materials and battle enemies for rare and powerful loot. Events can also be completed in freeplay. However, you will need to explore the area until an event presents itself. Events do not appear on your map until they have been discovered in-game.

The difficulty of these events is dependent on your party. If you are playing solo, then the enemies will be scaled to your abilities.

After completing the campaign and making it to level 30, complete all of the agent quests and agent contracts for all three factions. Next, complete a single repeatable contract for each faction. Now legendary contracts will be available for you.

While you can pick up your contracts from individual NPCs, you can also pick up contracts in bulk from the board in the Launch bay. These contracts are randomly generated. However, wonderful amounts of experience is always guaranteed. So if you want to boost your Alliance Tiers and make some serious coin, completing legendary contracts is a great way to do that.

Contracts reset every day, ensuring that you will have content to play for weeks to come.

Legendary Missions are somewhat new, as they were added in during the 1.0.4 patch on March 26, 2019. This new feature allows you to replay critical path missions at a higher difficulty. There is one legendary mission available every day. But, you can complete that single mission as many times as you please.

Initially, Anthem launched three strongholds for players to enjoy. However, BioWare later released “The Sunken Cell” stronghold with the 1.1.0 patch on April 23, 2019.

The first stronghold available to players is “The Tyrant Mine.” However, this stronghold is available at an early level. After beating the game’s campaign, you will unlock “The Temple of Scar,” “The Heart of Rage” and “The Sunken Cell.”

These strongholds are the toughest challenges you will face in Anthem’s end game. However, they can also be the most rewarding. On top of the standard loot drops from these missions, BioWare has added something new. Following the 1.0.4 update, players can now farm Elysian Caches through these stronghold missions.

After defeating the boss at the end of each stronghold, players will find stronghold vanity chests. In order to obtain a key for one of these chests, you will first need to complete a daily challenge.

You can earn crafting materials, emotes, vinyls and victory poses from these chests. 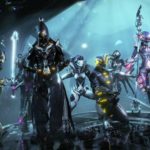 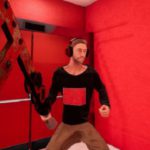 Here’s What You Need to Know About Pew Dew Redemption