How to Defeat the Harbour Master, Omega and Hex Bosses in John Wick Hex

John Wick Hex is less of a shooter and more of a strategy game. Consequently, you can easily find yourself defeated if you make too many wrong moves. When the strategy really counts, however, is during the game’s boss fights.

There are three boss fights that stand out in particular. The Harbour Master, Omega and the final boss Hex can all seem daunting. That being said, they can be defeated.

Check out these quick tips to taking down all three of the game’s most challenging villains.

How to Defeat The Harbour Master Boss in John Wick Hex

The Harbour Master is a tough challenge. But, you will have to wade through scores of henchmen before you can even face the tough boss.

Your first concern will be two security guards and a martial artist. These henchmen will quickly charge you, forcing you to deal with them first.

Once you make it past these guards, you will have to traverse through the Harbor Master’s ship. There are hoards of enemies inside, so try to flee rather than fight when faced with a group of attackers. The important part here is to always keep your focus topped off so that you can maneuver the ship while staying out of harm’s way.

The ultimate goal is to reach the bow of the ship, as this is where the Harbour Master is waiting for you. Once you arrive, the big boss battle will begin.

Keep your distance from the Harbour Master, as this boss can pretty quickly take you out when in close proximity. Rather than rush the boss head on, flee to the nearby support pillars. Then, bide your time.

Once an opening presents itself, go for a takedown. From there, you can make short work of the Harbour Master with your machine pistol.

How to Defeat the Omega Boss in John Wick Hex

Before you make it to Omega, you will have to take down her henchmen. Near the entrance of the maze, active the guards’ hunting instinct. Next, dash to the pillar just right of the maze’s entrance. From there, you will have a nice spot to hold your ground. Take down the guards before continuing forward.

Just like any other maze, you can complete this one by sticking the rightward wall and following it to its end. You will, of course, run into several more guards as you make your way through the maze.

In the center of the maze, you will find Omega waiting for you. Your first move is going to be to flee towards the nearby statue.

Omega can snipe you from a distance with her deadly crossbow, so the key here is to close the distance. Take the boss down and finish her off with your machine pistol.

How to Defeat the Hex Boss in John Wick Hex

The final boss is not quite as intimidating as you may think. With a little planning, you can take down Hex with comparative ease.

First, Hex will send his bodyguard after you. Dash behind the nearby crates to avoid being blasted by Hex’s revolver. Then, wait for Hex’s brawler to rush you.

Take down the burly bodyguard before preparing for Hex. Then, simply wait for Hex to approach your threat range. After taking down the boss, you can launch an offensive with your machine pistol.

Hex’s revolver is powerful, but it is also quite slow to aim. Consequently, you simply need to be efficient with your time in order to defeat this boss.

How to Improve Your Kill Count in Call of Duty: Mobile – A Tips and Tricks Guide 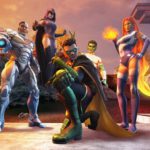