Want to bring down some of Monster Hunter: World's most formidable foes? Check out our guide.
May 13, 2019

Capcom’s Monster Hunter: World has been a massive success. The game has cultivated a die hard audience of talented fans, offering dozens and dozens of hours worth of incredible content to each and every one. That being said, some of the game’s toughest monsters have proven to be a challenge for a fair share of players. To that end, we have developed a guide to beating the top five most challenging monsters from Monster Hunter: World.

Nergigante is a boss monster that perhaps the most players have a problem with. Consequently, this massive beast has found its way to the top of our list.

To prepare for Nergigante, you are going to need to do a few things. First, make sure to use a thunder based weapon. Nergigante’s greatest weakness is thunder damage. Next, improve your sustain by using the vitality mantle. Lastly, stock up on paralysis knives.

If you wait too long to break off the white spikes, they will harden into black ones. Likewise, broken off spikes will eventually grow back during the fight. Consequently, you are going to have to constantly pay attention to these nuisances.

The most deadly attack from Nergigante that you are going to have to look out for is his dive bomb attack. The elder dragon will telegraph the attack by flying into the air. You should not attempt to block this attack. Avoid the attack at all costs. It may one-shot your character otherwise.

Even if you dodge the initial attack, look out for the aftershock AoE attack that takes place when the elder dragon lands back on the ground. After the dive bomb attack and the follow up aftershock attack are complete, Nergigante will be at his most vulnerable. Use this time to roll in and deal some serious damage.

The first target to focus on is the elder dragon’s tail. Nergigante’s tail can actually be cut off, which will leave the elder dragon significantly wounded. Use the paralysis knives to help make the fight a little easier and take your time. One wrong move and this fight can be over.

Teostra is no joke. This elder dragon is lean, mean and always out for blood. For that reason, this mighty beast has earned the second spot on your list.

To prepare for Teostra, you will want to some quality armor and a hefty number of cool drinks. This elder dragon is quite weak against water and ice, while also susceptible to stun and poison.

One of the number one things you are going to want to look out for is when Teostra is covered in flames. This is when this beast is at its strongest. Beyond that, Teostra has some formidable attacks when airborne. Consequently, it is best to simply keep your distance and bide your time whenever Teostra covers himself in fire or decides to enter flight.

The strongest attack Teostra will throw at you is a fiery explosion. The elder dragon will telegraph the move by creating an aura of flames. This attack can one-shot your character, so be wary.

Also, do not forget to consume cool drinks so that you can prevent the negative effects of the environment.

The Bazelgeuse is not the single most formidable monster in the world of Monster Hunter. That being said, just about every player out there likely has a story about an unfortunate run in with a Bazelgeuse. With that in mind, this monster has made its way onto the third spot of our list.

Concerning preparation for fighting a Bazelgeuse, there are a few things you are going to need. First and foremost, you need dung pods. Other than that, make sure to have a thunder based weapon on hand and plenty of slinger ammunition. You can also use sleep, poison and paralysis effects to some degree of success against a Bazelgeuse.

The first thing you are going to want to look out for when fighting this beast are its mine shards. You can safely trigger these shards from a distance by using your slinger ammunition.

Just about every attack this monster does is based on releasing and detonating more shards. Consequently, it is important to keep the number of deployed mine shards to a minimum. Look out for the Bazelgeuse’s slam attacks, as they release even more explosive shards.

The Bazelgeuse is at its deadliest when in the air. The monster will repeatedly bomb you with shards, creating often fatal havoc around it. When you decide to dive in for an attack, the monster’s weak spots are its head, wings and its tail. You can sever the tail to reduce the amount of shards the Bazelgeuse can lay. However, the monster’s head is its weakest point.

If the monster proves to be too much at times, consider taking advantage of the Bazelgeuse’s territorial habits. Wait for the monster to be weakened in the middle of a turf war with another creature, then lay down a dung pod to ward off the monster you do not wish to fight. Now you have an easier challenge on your hands.

While Diablos is tough enough to make its way onto this list, the Black Diablos is even more diabolically horrifying. This massive monster is a gargantuan challenge for players of all skill levels, earning it the fourth spot on this list.

There are a few things you can do to prepare for this monster. The Black Diablos is immune to both fire and dragon moves. However, it has a three star weakness to ice and a two star weakness to water. So, you are going to want to have ice or water based weaponry on hand. Stun will not earn great results against this beast, but the paralysis effect is a great tool to add to this fight. Beyond that, make sure to bring plenty of screamer pods.

The Black Diablo is vulnerable in its head, torso and wings. If you are using a blunt weapon, then focus your damage at the monster’s head and torso. Ranged weapon damage should be focused on the beast’s wings. You can sever the creature’s tail and can break its back and horns.

The Black Diablos will repeatedly burrow into the ground and charge you with devastating attacks. Keeping your distance by using ranged weapons can be a great way to neutralize its close quarters power.

One thing to look out for from this creature is the Black Diablos’ burrowing attack. The monster will burst out of the ground with a horn attack that can be difficult to dodge. Use a running dive just as the monster is about to rise to avoid the assault. Also, use your screamer pods to force the Black Diablos to emerge from the ground prematurely.

This elder dragon is as unique is it is challenging. Full of interesting move sets and devastating attacks, Kushala Daora has battled its way onto our top five list.

To prepare for this fight, you are going to want to bring plenty of curatives and flash pods. Beyond that, the elder dragon is most vulnerable to thunder, poison and blast effects. The monster is also weak against dragon and stun effects.

This elder dragon is fast and deadly, so try to keep your combinations to a minimum. This fight is all about getting in for a quick strike and then retreating just as swiftly as you came. Kushala Daora will spam wind attacks that will ruin your positioning and make it challenging to get near the elder dragon for a melee attack.

Whenever Kushala Daora decides to hide in a tornado, simply wait the dragon out. When the elder dragon takes flight, it is at its most dangerous. Use your flash pods to force it back to the ground. 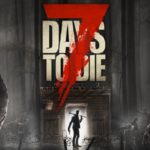 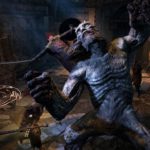