Capcom’s RPG classic Dragon’s Dogma: Dark Arisen just recently made its way to the Nintendo Switch. Originally published in 2012, Dragon’s Dogma has cultivated a hardcore following over the past seven years. With the game now out on the Switch, Capcom is pulling in new, passionate players in droves. To that end, we have developed five top tips to help enhance new players’ Dragon’s Dogma experiences.

Every piece of gear, other than jewelry, can be enhanced. Each of these pieces of loot can be enhanced a total of three times, as noted by the star symbols above.

Focus your resources on enhancing your weapons above all else. This is an effective way to boost your combat abilities. Beyond that, you will not stumble into superior weapons from loot drops as often as you will armor. Until you find the perfect piece of armor, consider simply hoarding resources meant for armor upgrades until you can afford a solid three star enhancement.

After getting past the initial portion of the game, you will eventually find yourself needing to travel far south of Gran Soren to the Shadowfort. The trip is long and arduous, which is not so bad for your first adventure. However, you will find yourself needing to trek back and forth between the capitol and the Shadowfort multiple times later on. Luckily there is a shortcut you can take advantage of. Even better yet, unlocking the shortcut will also unlock a rather beneficial merchant.

You will need to be at least level 25 to be able to complete this trip. First, make your way west of Gran Soren. After some time, you will stumble upon a merchant waiting just outside of a quarry. Speak to the merchant and he will ask you to clear the quarry of monsters so that you can clear a path to South Gransys.

Clearing the quarry should be somewhat challenging, but achievable if you are around level 25. Once the quarry has been cleared, the merchant will set up shop inside and offer a series of valuable wares for sale. Beyond that, you will now have a much faster shortcut to the Shadowfort. The ancient quarry can be seen illustrated on the map above.

3. Pay Attention to Your Party Composition

While your gear is one of the top ways to enhance your combat abilities, your party composition is still an invaluable part of combat. In Dragon’s Dogma, you are granted a pawn of your own to build and level as you play. However, you can also acquire two additional pawns from other players to add to your party.

You are going to want to have at least a single mage with healing abilities within your party. The safest decision to make is to have two of these mages in your group, as well as at least a single melee focused character. You are going to want people to heal you and the rest of your party, as well as someone to draw attention (aggro) away from your weaker party members.

Since your additional pawns will not level with you, make sure you swap out your pawns often. Beyond that, it will take some time and experimenting before you determine which team composition works best for you.

4. Gather Up Some Spring Water

Healing in Dragon’s Dogma requires a little more work than in some other games. There are healing spells within the game. However, these spells may not be quite enough to keep your party going during intense battles. Consequently, you are going to need high-quality consumables. To that end, you are going to need to gather up some Spring Water.

Spring water is a consumable item in Dragons’ Dogma that heals each member of your party for a whopping 330 hit points. With four members in your party, you can get upwards of 1,320 hit points healed within your party from a single use of the consumable. Consequently, this item has become a go-to favorite among veteran players.

In order to gather spring water, you are first going to need to garner a hoard of empty flasks. You can find empty flasks at Aestella’s place near the entrance fountain in Gran Soren for 20 gold each. Next, you will need to find a healing spring.

The location of one of the healing springs can be seen illustrated above.

To make the repeat trip less tiresome, consider placing a Portcrystal at the healing spring of your choice. This way, you will not have to take the entire trek every time. Beyond that, you can also sell the Spring Water flasks for a sizable profit. Lastly, don’t forget to give your pawns some of the spring water flasks. They will use the flasks when the party is running low on health.

5. How to Max Any Character’s Affinity Towards You

Affinity in Dragon’s Dogma is a measure of that character’s friendship or affection towards the player character. While affinity has little bearing on your combat effectiveness or anything of that nature, many players will often find themselves curious about the affinity system at some point. To that end, here are some tips on how you can improve a character’s affinity towards you.

The Arisen’s Bond is a magical ring that will immediately max out a character’s affinity with you if you gift them the arcane object. Once you have obtained the ring, you can duplicate it at the Black Cat. This way, you can dish out max affinity as much as you would like. To that end, let’s talk about how you can get your hands on this wondrous ring.

In order to earn the Arisen’s Bond, you will have to complete “The Dragon’s Tongue” quest. First, complete the “Lost and Found” quest during the early stage of the game.

Next, continue your playthrough until you meet Ser Maximilian outside of Duke’s Castle gate. This character will grant you wyrm hunt quests. You will need to finish two of the quests to progress forward.

Next, you will need to start the “Witch Hunt” quest. In order to do this, eavesdrop on a conversation in the Fountain Square in Gran Soren. After defeating the golem creature within the Witchwood for the quest, you will unlock the new area known as Guardian’s Grave.

After entering the new location, you will come across an ancient tablet. Rowland will advise the player to take the tablet to a priest for decryption. Go straight to the Dragonforged, as any priest you take the tablet to will only direct you to this location.

Taking the tablet to this location will trigger the end of the quest and will gift you the Arisen’s Bond. 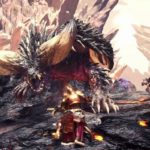 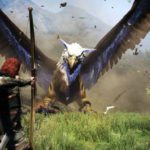