Dragon’s Dogma: Dark Arisen recently made its way to the Nintendo Switch. Now fans of the RPG classic are flocking to their consoles to get back into this Capcom masterpiece. With that in mind, we have created a quick list of tips to help new players make a mark in this classic game.

Exploration is a big part of Dragon’s Dogma. There are various rewards parceled throughout each map, making it paramount that you search every area if you want to strengthen your character. Search rooftops, mountains, pillars and other high points on the various maps for hidden treasures.

2. Be Extra Careful When the Sun Goes Down

There is a day and night cycle in Dragon’s Dogma, which you will soon realize has a meaningful effect on your playing experience. During the night, enemies will be significantly more powerful. During the early stages of the game, it is advised that you wait out until morning to take on your foes.

3. Don’t Fret Too Much About Character Creation

Many RPG players agonize over every detail of their character creation. And, well, Dragon’s Dogma has quite a few creation options. From changing your hairstyle to altering your voice, there are a lot of things to agonize over. That being said, you shouldn’t fret.

You can change your skin color, voice and hair at the barber shop in Gran Soren. It will, of course, cost a small fee. Outside of that, there is a one-time option to completely remake your character that will be offered for purchase during your playthrough. Once you have finished the game’s narrative, there is an item you can buy that will allow you to change your various traits whenever you please.

During the early moments of the game, you will get the opportunity to create your follower. This follower, or pawn, will be by your side helping you throughout the entire game. However, other players can also add your pawn to their party. Likewise, you can add another player’s pawn to your party.

Whenever your pawn is used by another player, you will earn some worthwhile rewards. Consequently, you should resist giving your pawn a name or voice that would be grating to other players. Make your pawn as pleasant for other players as possible.

5. Change Out Your Pawns Consistently

While your pawn will level with you, pawns from other players that you pick up in the Rift will not. Consequently, you will want to change out your pawns regularly.

You can have two additional pawns by your side at any given moment. Plus, it is free to grab another player’s pawn from the Rift as long as the pawn is not a higher level than you.

Some RPG players enjoy picking up side quests as they make their way through the title, only to go back and actually do the side quests once they have made significant progress in the main story. Dragon’s Dogma does not work this way.

When it comes to side quests, your missions will expire if you opt to ignore them for pivotal story quests. Consequently, you will want to complete side quests as they become available.

You can build both your character and your pawn in Dragon’s Dogma. Your abilities will be based on a series of statistics that range from maximum health to magic defense. The vocations you choose will dictate many of your abilities. You can check out a stat planner for your various character builds here.

8. Hoard, Hoard and Hoard Some More

During your playthrough of Dragon’s Dogma, you are going to come across quite a number of odd items. While your first reaction may be to sell these pieces of loot, it is actually best to hold on to them.

Many of the strange items you will find will either end up useful for a quest down the line or be used to upgrade a piece of gear. Storage space is never hard to come by in this game. So, you are best off just hoarding all of your loot for the long haul.

If you need to make some quick money, focus on selling any gold weapons you come across.

9. Make Sure to Collect Your Things

The developers over at Capcom have provided a nifty collection of highly powerful gear for players that have picked up the latest edition of the game. In order to grab the items, you will need to talk to the innkeeper in Gran Soren. The items will be waiting for you in your storage.

Among the items will be a powerful set of vagabond’s armor and queen’s clothing. One of the items you should certainly take along with you is the eternal ferrystone. Using this item will allow you to fast-travel across Gransys.

Early in the game, you will be alerted to the Dark Arisen expansion quest that exists within the Bitterblack Isle. You can head over there if you want. But, it is suggested that you wait.

The questline tied to the new location is intended for your late-game experience. Consequently, you will likely get shut out by enemies early on in that area. Simply progress through the story until you feel comfortable enough with the game and comfortable enough with your character’s power level before starting the quest line. 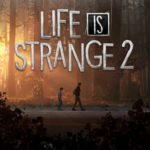 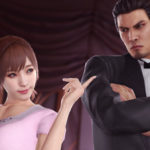 How to Get All of the Achievements in Yakuza Kiwami 2