Based on the hit book series, HBO’s Game of Thrones has deeply embedded itself within American popular culture. The television phenomenon is now nearing its final season, leaving hardcore fans wanting more. Luckily, there is actually more to come.

Referred to as The Long Night, a prequel spin-off series to Game of Thrones has been green lit for production. In 2017, HBO gave the go ahead for a total four episodes of the prequel. The series is rumored to take place 5,000 years before the events of Game of Thrones and is set to star Naomi Watts.

Speaking to EW, HBO programming president Casey Bloys revealed that the series is expected to begin production early this summer. Bloys previously claimed that the series will not air until one year after the finale of Game of Thrones. With that in mind, fans can expect a summer 2020 release for the spin-off series.

Of course, fans still have the final season of Game of Thrones to look forward to. Speaking to The Hollywood Reporter, series creators David Benioff and Dan Weiss recently revealed that the final season of the hit series will feature some hefty effects that should outdo anything from earlier seasons.

Praising their talented team, the series creators continued on.

“Paul Hatchman, our key VFX grip, and his team have erected mammoth green screens, hundreds of feet long and over a hundred feet high, because they were necessary to shoot some of the larger-scale battle sequences. As the dragons have gotten larger, the process of tracking their movements for the actors and directors has gotten more complicated and recently moved over to simulcast technology, where pre-animated versions of the dragons are superimposed upon the actors and sets in real time. That way we can see what we’re actually shooting while we’re shooting it instead of having to figure out a way to shoehorn things together later.”

Season 8, the final season of Game of Thrones, is set to air April 14, 2019. While the prequel series is still quite some ways away, hardcore fans of the franchise still have one final batch of action packed drama within the realm of Westeros before having to worry much on the matter. 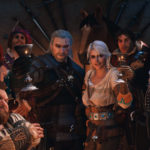 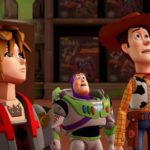