Since the Super Bowl earlier this month, we have gone nearly one month without football (I’m not counting the AAF). I don’t care much for basketball, but I’ll catch a college game every now and then. Now is the time of the year when I anxiously await for the baseball season to start up, but the best time of the year is when the baseball season is well underway and college football starts back up again. But if NCAA Football was still around, we could have college football in the palms of our hands every day of the year. I recently wrote an about my referee concept game, so here are my takes for revitalizing the NCAA Football franchise.

The Road to Glory mode where you create a player and play your senior season of high school all the way through your college career was one of my favorites. I was never big enough to play football in real life, but NCAA Football allowed me to chase those dreams. You rack up college scholarships depending on how well you perform, and I think a great addition could include some illegal recruiting practices.

Let’s face it, recruiting is sketchy. There are coaches out there who will do anything to win a national title, so let’s reflect real life in the game. You have a chance to get caught and suspended, but maybe a coach offers you a sick car or some financial incentive to attend his school. Do you take it and look the other way, or are you that moral guy who wants to do it by the book? This game could take the concept of college visits to the next level. You toured the facilities and now the players want to show you a night on the town. Do you go back and get some rest, or roll with and maybe hit a strip club at 3:00 am? It’s your call. It’s NCAA Football mixed with Grand Theft Auto, an unlikely but clever combination.

Another sweet addition could be the actual college part. Maybe you have to attend a class every so often and answer some questions to keep your grades up so you can remain eligible. Something else that would be cool would be allocating your time among different tasks. One of the most underrated games I have ever played is MLB Power Pros. It has this create-a-player mode called Success Mode that has role-play elements involved. Your player is in college, and you choose between practicing, studying, working a part-time job, hitting the weights, going on dates, etc. It was so much fun to have to make these choices, and I wish more sports games included things like that in their my player modes. If NCAA Football integrated something like that, the experience would be so much more life-like and show the struggle of what real college athletes deal with all the time.

With all of this sketchy stuff mind, Dynasty mode could be revamped as well to better mirror real life. Not only could there be a bunch of different ways to tempt and entice recruits, but another thing could also be player discipline. Say a player got in trouble for an alcohol or drug-related incident. It could be up to you to decide how to deal with that player. Maybe he’s your top running back, and you have to decide how harshly you’ll punish him. If the punishment is stiff, you show that your program is no-nonsense. But if it’s too weak, other players on your team may be mad, and potential recruits will want to look at other schools. However, the talented, more selfish athletes know they can also get away with more at your school and may want to go there. It’s all about setting the kind of culture you want on your campus for your team. You could help cultivate the next Tim Tebow or Hernandez, the ball is in your court.

Since this game will most likely never see the light of day due to not being able to compensate college athletes, I have a solution that could potentially satisfy both EA Sports and the NCAA as well. Why not just give the game away to every college player featured in the game. Let their “likeness” be used and just give them a copy of the $60 game free of charge. I’m sure all of the players would be content with that. They’re college students who would be thrilled to see themselves in a video game and get a copy of it for free. I personally think it’s a win-win and something that even the crooked NCAA could agree with, but they probably won’t.

I would just love to see the game return in some shape or form, but who knows when and if it will ever happen. Until then, we have to be content with playing our old copies of NCAA Football 14 until they no longer work anymore. College football makes the world a better place, and NCAA Football is the only place in the world where I can be a four-time Heisman winner with four National Championship rings. We need this franchise back, I need it back. Go Dawgs. 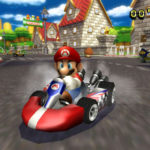 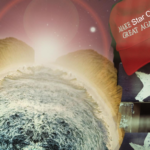