When we use the term "gameplay loop" what are we even talking about, and how do you develop one that is really something special? Why don't we find out?
March 5, 2019

If at all you’re unfamiliar with the term “gameplay loop” basically have you ever played a game for a while and then just realized that after sinking hours and hours into this game that the game essentially boiled down to the same few minutes to an hour of gameplay repeated over and over again? Yea that’s the basic concept. We’ve all been through it, whether or not it is a deal breaker is up to you. Some would argue that every game is that at the most basic levels, those people would be half right but today let me focus on the single player games and at the more positive ones, the games that made us not think about it until we were already invested or until long after that.

I’ll be completely honest and say what inspired me to write this is that I recently beat Crackdown 3, and towards the end of the game I started to realize this exact concept. Not to sound pompous but I knew about the idea before, but it was like putting on a pair of glasses to see the writing on the walls or in this case the game I was actually playing. Crackdown 3 is at its core the gameplay loop of go to place, blow up person/ object, collect orbs, big person gets mad, blow up big person, collect more orbs, wash, rinse, repeat, but it is also is one of the most satisfying examples of a solid gameplay loop in recent memory. The secret to making their loop so fun though is the subtle change made to the gameplay to the point that if you took a player that had beaten the game and gave them a fresh character not only would they be missing the significant upgrades but also the entire game itself would feel different. Every little thing from the speed that you run to the power of the weapons would feel wrong, and that’s because the game changes and evolves without explicitly saying it causing the player to look back and barely see the difference. its the little things like this, changing up the gameplay in such a subtle way while also moving the player toward some goal that really makes it a stand out game but lets look at some of the games that kinda miss that mark.

For me, the two most prominent examples of this in recent years is the Destiny franchise and the Shadow of Mordor series, while these games aren’t necessarily bad, they do try to implement a gameplay loop that doesn’t work out the way that it was intended. Starting with a game that is very beloved by many people, even me but it failed to capture me with the gameplay loop, but I’ll get there. First, let me break down the primary loop that’s part of Shadow of Mordor series which is find a guy, kill or recruit him, repeat, then take over a fort, then repeat. Now, of course, this is the most simplified explanation and that there is a lot to love about this game, but they committed a cardinal sin with their pattern, the cycle continued for far too long. When you have a gameplay loop, it is essential to keep the player invested in the loop and what can and will break that investment is dragging the cycles out for too long, and in this situation, that means that to complete the game you had to participate in this cycle forever! You had to keep recruiting and keep recruiting over and over again to finally reach the final battle to the point of wearing me out before I got there like I said I loved the game, but it was brutal.

Now the more…………. interesting case that I’ll be talking about here, Destiny. Destiny is a complicated case because the shoot and loot system is a classic gaming staple with Borderlands being a fantastic example of a working game loop, but we’re talking about one that doesn’t work here so back to Destiny. Where the game butchers the loop system is in stagnation, keeping the player locked into a single mission or area. What I mean is that the game forces you to complete objectives in particular missions but the missions railroad you into the same encounters and bosses time and time again making the fights feel as repetitive as they are. Not only that but the “open” maps feel very closed in terms of encounters and resources, timed objectives always fall in the same handful of areas and so on, so instead of feeling like you are revisiting old areas you feel like it is the same areas again and again. Now in comparison, Borderlands changes up the maps and while they are linear make them feel much more than that, hiding secrets all along the way, and while there is a grind, Borderlands both hides it and flaunts it where Destiny pretends it’s not there.

So what can really kill a good gameplay loop? Well the one thing that stands out the most to me is pacing, moving too slow whether it is sticking the player in an area for too long doing the same thing or repeating the same process too many times. Take note game production companies, speed is the key. While you don’t want to rush a player through a game taking too long or forcing too much repetition can and will slow down the player experience and while a game might perform well the real question is whether you will have them invested through to the end. 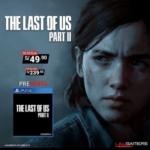 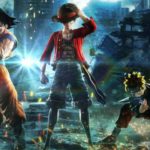