I absolutely love following my favorite Twitch streamers. Right now my favorite streamer is Whiskey Ding0, an energetic vtuber (completely unaffiliated with our site) who has an absolute just power to get his chat to reenact the rave from the second Matrix movie. Just nonstop high energy that let’s you relax at the same time as you melt into the fun and excitement of everything going on. It’s a ton of fun and worth a subscription.

Content creators deserve to be paid for the work that they do to entertain us and it’s a humbling thought that we all can contribute what we think is fair to them for our personal enjoyment of their content. While recent leaks have shown that is some big bucks; it’s still fair when we consider it’s distributed across millions of people who gained personal enjoyment off of their work.

There does come a line though when the relationship between the streamer and the audience loses its boundaries and when monetization mixes in, you quickly can find that both sides begin to suffer.

Whiskey Ding0 gets a lot of support from his community and it’s an absolute blast to see him squirm when someone drops a big donation his way. It’s even more humbling when he immediately begins to stress how important it is to only donate what you think is fair and only if you have extra: he’s totally fine if you don’t follow or subscribe, he wants to entertain you and he doesn’t want harm brought on anyone.

A lot of streamers do this and in many ways, it’s unfair to just call out one; but it’s my most notable example I have and we unilaterally should absolutely respect the boundaries that creators make in regards to supporting them – give what you can give, only what you feel comfortable giving and only what you can afford to give.

Sometimes though, the money can become a addictive. Seductive. Powerful. It can also bring across problems. Someone who pays you a lot of money can often feel like they have more say or power or control than others, especially if they make that money reoccurring and non compliance results in them moving on to the next person who will crumble beneath their donations. An absolute disgusting issue streamers often get faced with, especially early on when big donations are still just in the low three digits.

That can sometimes reverse as well, though. Where the streamer’s relationship with their community doesn’t have healthy boundaries and they begin to exploit or monetize the parasocial relationships they have with their audience. Providing more closeness with the creator in exchange for capital.

Donations to streamers are generally between $5 and $25, once a month from a user. Some users will throw in bits, some will send a few $4.20 donations to have a funny phrase read and then a few people on bigger streams may drop 50 tier 1s, especially during say a birthday or holiday streaming event. Many streamers want to keep their community running when they’re not streaming.

The party has to end but many streamers want the chat to go on. To that extent, Discord is the tool of choice with the streamer often residing in the chat. As time marches on, successful streamers expand their Discord and put boundaries between themselves and their community along with monetizing Discord itself.

Successful streamers who want to exploit their communities, now that’s where things get interesting.

GaroShadowscale has recently come to light for some of his “whale tier” subscriptions on their Patreon. These two tiers are $250 and $500 per month and include the ability to break the normal streamer / audience member boundary for a brief period per each day.

This is where things become ugly, very quickly. These benefits are commonly considered the cost of friendship and are usually exchanged free of capital between each other as common courtesy. For instance, a friend would message another friend and expect a response without the need to barter for such a transaction.

In this scenario, a streamer is offering to allow someone with a parasocial relationship to break the traditional boundaries and gain a limited normal bi-directional relationship with the streamer in exchange for capital, which requires an ongoing subscription for said boundaries to remain broken.

Monetizing conversation is generally not okay and placing a paywall around these kind of activities is not a healthy standard, for both the community and the contributors and the streamer themselves who now have to fulfill a limited relationship with someone who has paid them for the “privilege” of doing so.

The relationship between the content creator and the audience is one part of the puzzle. Putting a paywall on lowering the boundaries between the creator and a community member is awkward at best and exploitative at worst but it’s symptomatic of a greater issue.

Optimizing a community for revenue and monetization over relationships is no bueno because it drives unhealthy behaviors in order for it to work as a proper business model. The content creator has to make themselves extremely inaccessible to make it anywhere close to fair to charge for a conversation with them. The benefits associated with these tiers also give others a voice on a platform grown by the content creator; this can be difficult to deal with when someone cross-promotes using their donation.

In the above example, Garo is accused of charging others for virtual hugs and encouraging his community to act in a “cult like behavior.” Screenshots allege that Garo has asked those on his stream not to promote their birthday, that other content creators are not allowed in specific areas of his Discord because they’re competition and other what would be construed as presented as unsavory community practices.

Furthermore the server rules in Garo’s Discord server call out the concept of the community not making friends with one another and not playing games together unless Garo themselves are involved. This bit is just silly for anyone to tolerate in a Discord server they’re actively participating in and I’m not going to even touch this topic but to say never ever let a Discord server dictate who you play your games with.

The Voice of Social Media

In my research, the anecdotal call out of the cult like behavior is hyperbolic; yet the concerns are still valid in the way the community is built and managed. A focus on monetizing the relationship with the content creator remains unhealthy and the other behaviors, if true, are all symptoms of attempting to increase stream revenue through toxic channels.

In all of these situations, the inevitable swirl of attempting to optimize the stream for profit results in a hotbed of attention. Those who see the behavior as toxic begin discussing on social media which then causes people who overreact to take many of the above mentioned concepts and exaggerate them or applying specific toxic principles universally to say the entire streaming community does this one thing in particular.

Although, while these donation tier rewards are not healthy, it should be noted they are donations and the rewards listed are merely things offered and are likely a ton of work for the streamer to support. A community grown around toxic rewards naturally will take more effort to run than one built around a healthy relationship with its creator.

Communities are best when they build themselves up together. Cults of personality are great when it’s happy stream rave time. They are not that great when it’s time to connect with one another and that connection is being exploited for cash. That’s why it’s important that streamers keep healthy boundaries with their communities but remain accessible. It’s also important that followers commit to donating only what they can afford and only with the intent of supporting the channel freely, never to exploit the relationship for the support itself.

These things do not start with a change overnight. They are sown in the ground, fertilized and water and grow in the direction where they end. You can’t look at this as a simple problem in these communities where someone has crossed a line in asking for support and the community refuses. No, instead, it’s far more systemic than that.

Communities that Ignore Toxic Behavior as they Grow

Using the garden analogy, they are like tomatoes growing without a wire cone to keep them off the ground. Well grown tomatoes produce heavy fruit. This means that the tomatoes will not grow upright and can begin to weigh and grow the bush along the grown horizontally, sprawling the tomatoes out and causing them to be susceptible to ground based problems like slugs and spoilage.

Communities need a soft guiding hand to keep them healthy and growing in the right direction. They can and will grow without that direction and even prosper, but elements of it may be rotten and spoiled which can blemish the harvest as a whole. A farmer would want every tomato grown on the vine to come out perfect; a great leader would want every follower and subscriber to enjoy their content and each other’s time together.

Remember, you can always throw a prime sub at a creator you love. You get one free one per month per Amazon Prime account.

It takes many things for a community to work right while growing healthily. Two that are relevant to our topic today is the leadership in that community has to be focused on the community itself and not revenue. The other is that the community itself has to maintain healthy boundaries with the content creators they follow.

That means that you should follow that content creators rules for interacting with them on the platform that they are on. Respecting their personal lives and understanding that any affection shown on stream does not translate in anyway to consent for anything. It also means you should support your favorite streamers, but only if you can afford to do so and never for the rewards. The rewards should also be a thank you.

The exception of course being merchandise, which of course, you should only purchase if you feel inclined to do so and never allow a streamer to exploit limited time promotional items and FOMO, that is never in good taste. A great example of someone who worked hard on this is Cr1TiKaL whose band released a vinyl record which sold out very quickly and they went fast at work to order a second printing even though it’s very hard to order vinyls right now.

Remember: everyone has to do their part online for things to work out great for everyone. Never be afraid to speak out and challenge or question when a creator is doing something that seems wrong. Never be afraid to share your thoughts with them. Especially neophyte creators who are just starting to grow. Help push them in the right direction so that they can be supported by their fans and support their fans with their wonderful content. 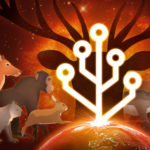