Beach Buggy Racing is sort of like most go-kart games like Mario Kart and well Mario Kart. You have a rather easy to drive vehicle with easy to navigate physics that barrels high speed around magical tracks and beautiful hazards. One of the cool things about Beach Buggy Racing 2 is that it’s also not a very big pay to win game.

In this guide we’ve got a whole list of tips for you, a guide on how to win almost every time and then some tips for the power-ups.

How to Win Almost Every Time

To win almost every single time you’ll need to first get off a successful power boost. Then you’ll want to hit bubbles with the power-ups in them as soon as they show-up in the map. Avoid obstacles that slow you down, try to power-slide into turns as much as possible and keep onto the track as much as you can. If you do get passed, fire your offensive power-ups. On the flip side if you’re running in first you can just trash a power-up before you hit another bubble to see if you can get something either better or defensive to protect you from someone attacking you from behind.

When you go for bubbles, try to aim for the “!” bubbles as the power-ups don’t have to charge. You can take eight power-ups into a race with you, make sure to use your 8 most upgraded ones.

Your power-up deck needs to include at least 2 defensive power-ups (shield & cure are totally fine), something that is homing and then whatever you really prefer. There are some power-ups I find to really work well against the AI like the Lunar Gravity power-up and others like the Freeze Ray to be sort of a mild nuisance. After the power-up rebalancing it’s really up to you which power-ups you fancy.

Below find a guide to the starting power-ups, the power-ups you unlock shortly after the start, the best power-ups and then some commentary on building an amazing Beach Buggy Racing 2 power-up deck.

There are many more power-ups in the game, but they’re all pretty similar to the above. By the time you unlock them you should be a master. The best power-ups in my opinion are the death bat, cure, shield, police chase, untouchable, tesla coil, chain lightning and hydra.

The reason why is simple: Death bat seeks out first and will take out lots of others on its way there. Cure is great to respond to an attack and shield is great to prevent one. Police chase is the best version of the “speed boost” since you get a shield as well as the speed boost. Untouchable is just powerful and will stop anything from harming you. Tesla coil and chain lightning do basically the same thing, they stop cars and let you catch up. Finally Hydra is the best homing attack because it clears out the cars in front of you really well and lets you catch up.

Traps are just mostly bad. The AI is really good especially in later levels at avoiding them and they’re just not easy to use. Although angry bees are kind of funny.

Well I hope this guide helps you in your karting journey! 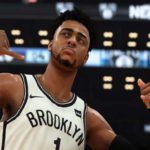 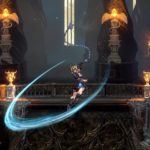 Unlock All Difficulties With This Cheat – A Bloodstained: Ritual of the Night Guide