When we consider the power of gaming one of the things we don’t consider often is its ability to be extremely inclusive and allow for a wide swath of people from the full spectrum of socioeconomic statuses to enter into a video gaming career. Due to the nonstandard approach and ease of entry into the streaming space and just playing, becoming a professional eSports player is “easier” than ever. “Easier” of course being in quotations because it’s not “easy” as in you can just start day one and begin as a professional eSports player. No, the “easy” part is the materials for getting started. The rest of it is up to the skills of a player.

You, your child or your young adult may be interested in being an eSports professional. Wearing a jersey, being on stage in front of a large crowd (or viewers at home) and basking in the cheers and sounds as they watch every play on the big screen (or their phones). Interestingly enough, it’s a totally really thing that isn’t just make believe. However, it’s not exactly for everyone and takes a lot of passion and dedication to make it into the scene.

So let’s look at the paths of entry and then follow it up with career prospects if successful.

Can eSports Be a Real Job?

Yes, however, like any “sport” there are barriers of entry to actually get paid and even then the money may not be stable until either a community is established on a streaming platform or a major team picks you to join (which you earn a share of the winnings and often a base salary for being on the team).

If you’re a parent. Do not immediately dismiss the concept of this being a valid career. Do however caution that not every single person who wants to become paid professional can, just like with anything, but the barrier of entry isn’t physical – it’s virtual. Meaning that there it’s not how far you can throw a football but how good you are at the game and/or charismatic in front of a camera.

To become an eSport professional you generally have two main paths. The first is to win in a game’s automated league system and become top ranked (i.e. top 20 or so players in that game). This is a very, very long grind and can require years of player and dedication to the game to reach. For some players, this comes a lot more naturally than others and requires luck, skill and often times dependable team mates to climb the ladder.

The other method is to become a streamer, which in of itself is a job (with earnings!) where you stream your games over and over again and build a community around playing. This can result in earnings via streaming platforms, video shares, merchandise, etc. Teams even recruit from streamers, often times because they can watch them play and decide if they’re a good fit for their team, so that’s the other generally accepted pathway to enter.

Things like keyboards, mice and other gaming peripherals aren’t “required.” Neither is top of the line headsets or things that glow with RGB. Streamers do need a “set” but with the rise of “vtubers” and “virtual streamers” you don’t even have to show your face anymore, a virtual character can represent you.

Lots of studying. Like, reading our tier lists and playing the heroes who are doing the best in a game.

This is a new industry and doesn’t have any formal structure still. Generally, those who join a team and participate in professional matches have a finite time that they can compete, like any sport. Most teams want younger players, generally under 30. I don’t really believe in this concept that age equates to skill in these games (there are claims that hand / eye coordination starts declining at 25, but I disagree heavily).

Once a player retires from competitive play they generally move into either marketing (working in brand management / advertising firms for influencers), become a full time influencer or work within the industry either as a game studio (consulting, running their eSports program, etc.) or as an announcer or some other figure within the industry. Those who went through eSports programs in college often end up leveraging their degrees to move forward.

It would be right to encourage a “backup plan” if eSports doesn’t work but it would also and this is my opinion, be wrong to discourage streaming and playing games and working to become a professional. It’s not a full time, 18 hour day a commitment to stream or play in leagues. It can be done a few hours in a night or when gameplay time is available.

This site has a current list of earnings for esports players. You can see some top out above $50million! That’s not always the case for everyone obviously, but the potential is there for huge earnings. The potential is also there to earn nothing, but Twitch (the current mainstream streaming platform) generally gets streamers who are consistent at streaming about $100/month regularly if they have viewers and subscribers and you can grow that rather quickly.

So there’s a lot of money in it!

Advice to Parents of a Future eSports Pro

It’s a career path and a valid one, but you would be right to show concern if the attempt to become an eSports Pro was overtaking studies and grades. There should be a backup plan and you should learn the games your kids are playing and how well they’re doing at it to help support them on when to push harder or when it might be time to try another game or another method.

The career is completely valid though and streamers often hit it off over the span of a few weeks after years of trying and team invites can come out of nowhere after years of playing. Persistence and passion are key. 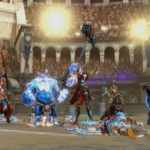 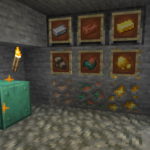