Vampire Survivors is a fun game that’s not only inexpensive but it’s also easy to play. Guide a character around in a mix of bullet heck and rpg action as you collect new weapons, upgrade them and much more in Konami inspired world.

The fifth level of the game hides the final boss which we’ll be giving you the details on how to get there, how to defeat it and how this gives you infinite power in Vampire Survivors.

First you have to unlock the map (fifth in release) named “Cappella Magna.”

Let’s take a moment to talk about even getting to this point in the game. You first have to unlock the first four stages (level 20 in Mad Forest, level 40 in Inlaid Library, level 60 in Dairy Plant) and then defeating the minute 25 boss in each map unlocking hyper mode. From there you’ll have unlocked Moongolow.

In Moongolow, you’ll have to make it to 15 minutes on a non-secret character. At which point you’ll automatically move to Holy Forbidden. Subsequent runs will just have Death show up.

Holy Forbidden: In this map you’ll move east until the end where you’ll obtain a Rosary and then a Yellow Sign relic which unlocks Cappella Magna.

Once in Cappella Magna you will have to wait until the time limit is up, which is 30 minutes. Then instead of the normal reaper coming for you, known as “Ender” or the reaper amalagmation.

You’ll want to come with the clock lancet as Ender can be frozen. Beyond that it’s going to be a tough battle against a boss that can pretty much instantly kill you with its wild glitchy attacks.

Outside of the way the attacks look, it is the same as any boss. Once defeated you’ll get the Great Gospel which will let you advance a skill past its maximum.

The Relic Great Gospel is dropped on the Ender’s death. This removes the level limit for weapons and lets you level them up past their limit. You can enable in stage selection. This basically removes the limiter on obtainable power in the game and let’s you do fun things like kill Death much easier.

Hopefully this guide helps you to the end of Vampire Slayers… for now! 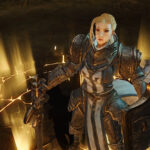 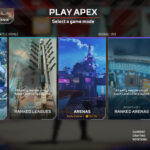