There was something magical about creating your Mii. Picking out your hair, eyes, height weight, favorite color, it was all such a mystical experience. Soon, my Mii wasn’t enough. I had to have more. My brothers and I would binge-create Mii’s until our Mii Channel was full of a Mii mob. We would create Mii’s modeled after family, friends, and even characters from tv and movies. The Mii addiction was all too real. We needed help.

Creating Mii’s was always entertaining. If you were bored, try creating some of the most absurd Mii’s as possible. It was such a creative, refreshing idea. The fun thing with a horde of Mii’s in your plaza was that they would pop up in your games. If you were playing Wii Sports, your created Mii’s would become your teammates or audience, and it was cool to see which ones made the cut. Taking on a boxing champ in Wii Sports with your fellow Mii friends cheering you on in the audience can give you that extra enthusiasm and motivation needed to win.

One of the best and most iconic things about the Mii Channel is the music. The theme song that plays over and over again is so catchy. If you don’t remember the Mii theme, you are a disgrace to the world of all things Nintendo, and you should stop reading this now. As soon as I think about the Mii Channel, the first thing that pops into my head is that song. The song makes the player feel so at ease, and it can turn your mood right around. Maybe we should all set the theme as our morning alarms, or play it in our cars when we have to deal with traffic. That theme could make the world a better place.

I was a huge proponent of the Check Mii Out Channel as well. This is a place where people could go and share their Mii’s and even participate in contests. The Mii contests were such a clever idea. They would come up with a character or a celebrity or something like that and users could create that Mii and then upload it for the contest. People would then vote on the best one with a winner ultimately be declared after a certain amount of time passed. I never won, and my Mii’s weren’t nearly as good as the ones others would come up with. It was just a really cool way to see how creative users could be with the Mii customization, it was almost some sort of artform.

Picking up a Mii and watching them struggle and dangle from your grasp is an image that I can never get out of my head. Blowing a whistle and watching all of your Mii’s file in line, then sending them on parade is one of the many things that were so unique about the Nintendo Wii. I spent so much time in the Mii Channel, and it wasn’t even a game. It was a crazy world with these funny looking avatars, and I couldn’t get enough. It was a simpler time. I’m not sure why Nintendo has treated the Mii’s so poorly and neglected them in recent years. But I hope they make some sort of comeback. The world deserves it, but more importantly, our Mii’s deserve it. 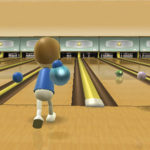 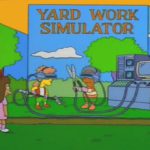